Triplets and Twins: The Likelihood of Multiple Births During Surrogacy 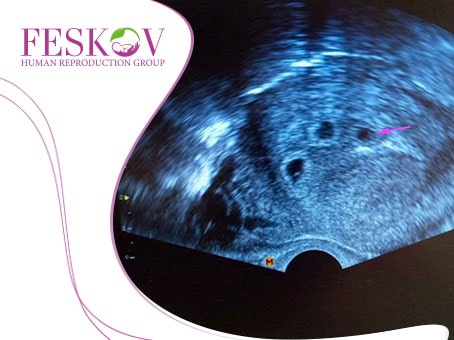 In the past few decades, the practice of in vitro fertilization has become a fairly common method of ART in the world. However, as its popularity grows, so does scientific achievement and innovation in the field of reproduction.

A system for implanting a fertilized egg into a healthy uterus of a birth mother or surrogate mother has undergone impressive changes. According to experts at Feskov Human Reproductive Group,earlier, multiple pregnancies were much more common than they are now. And it was more of an unplanned event. Now it is the choice of the intended parents and the surrogate mother.

When does multiple surrogate pregnancy occur?

At the dawn of its appearance, IVF technology was not as sophisticated and innovative as it is today. And, besides, very expensive. To ensure an increase in the number of positive implantations and reduce the cost of the procedure, doctors often implanted more than one embryo in a woman's uterus. And since most women going to IVF had fertility problems, most often only one embryo took root. In contrast, surrogate mothers were healthy in this respect. Thus, they carried twins and even triplets. And this did not always meet the requirements of the intended parents and surrogate mother for a healthy and proven reproductive system.

Multiple pregnancies are possible at any time when more than one embryo is implanted into the uterus. Although the process does not guarantee the birth of twins or triplets, it greatly increases this probability. Almost all twins born as a result of the surrogacy process are brothers. This means that each baby has developed from its own separate embryo.

Identical babies are produced when one fertilized egg is split into several embryos. Brother triplets are more common than identical triplets. In a normal delivery, the chance of having twins is only 1.2%. Triplets, on the other hand, get a very scanty chance of success - 0.013%. However, for unknown reasons, the likelihood of having multiple children at the same time increases with the age of the mother.

Identical twins are quite rare in surrogate pregnancies. Since, when the goal of the process is multiple pregnancy, implantation of several embryos is required. Pre-implantation diagnostics (PGD), mandatory in all modern reproductive clinics, identifies developmental pathologies and genetic diseases in embryos. This practice has dramatically increased the efficiency of attachment of the latter to the wall of the uterus. It also makes it more likely that each IVF cycle results in a healthy pregnancy. Therefore, multiple pregnancy, as a common component of surrogacy programs, is gradually becoming a thing of the past.

There are a number of reasons why all participants in the surrogate process prefer multiple pregnancy:

There are also other, more personal reasons why prospective parents want to carry and give birth to multiple children at once. And they are as individual and unique as the surrogate journey itself.

Multiple pregnancy and childbirth are stressful for the body. That is why it is so important that the surrogate mother consciously agrees to the procedure and understands all the consequences and risks associated with multiple pregnancies, compared to bearing only one child. Moreover, such a pregnancy requires more attention, care and support from loved ones. In the presence of which the intended parents must be sure to minimize difficulties for the woman.

For the surrogates themselves, there may be an increased likelihood of some problems:

It is important for a woman to carefully weigh the risks before agreeing to carry twins or triplets. She has every right to both reject the offer and agree to it. In any case, everything should be spelled out in the contract.

Specialists identify several well-studied consequences for children from multiple pregnancies. The main point is that such pregnancies are much more likely to result in premature birth than single pregnancies. In addition, this is directly related to the decline in fertility in general. So, about 51% of twins and 91% of triplets come to this world ahead of schedule. Which can backfire and require a long hospital stay.

Congenital movement disorders such as cerebral palsy are more common in multiple births. Also, there is an increased likelihood of incomplete separation. When babies may have common parts of the membranes and birth structures. Or the birth of Siamese twins, which is extremely rare.

The risks associated with multiple pregnancies are real. However, IVF doctors and scientists have developed methods to reduce them. For example, genetic screening and limiting the number of embryos suitable for transfer.

When considering multiple pregnancies, prospective parents need to discuss this desire in detail with the surrogate and the doctors at the reproductive clinic. Also, you can do your own little research by reading reviews on the Internet and asking friends and acquaintances who have had a similar experience. This way, you can decide whether this decision is the right choice for the family or not.

More children at once - it may seem wonderful. However, this also entails double or triple responsibility at once!

Reproductive programs involving VIP surrogate mother at Feskov Human Reproductive Group without a waiting list, having a positive experience of participation in the process and recommendations, will give a parenting experience in a guaranteed way!