How the History of Surrogacy Changed Over the Years 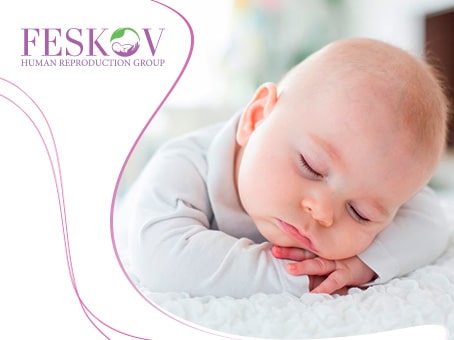 When mentioning surrogacy and how long it has existed, many people think that this is a fairly new and radical process. To a certain extent, this is true. The practice that everyone knows as surrogacy has been around for about 30 years. However, the idea itself has a thousand-year history, and dates back to biblical times.

The ancient history of surrogacy

The first mention of the process can be found in the Bible in the “Book of Genesis” in the story of Abraham and Sarah. The couple could not conceive their own child for a long time since Sarah was sterile. Then the wife turned to her servant Hagar to become a mother for Abraham's child. This is the first case of traditional surrogacy, when conception occurs with the participation of the surrogate's egg and the sperm of the alleged father. Despite the fact that Sarah had no biological relationship with the baby, she and Abraham declared to everyone that the child belonged to them.

Approximately 30 years ago, this method was the only way for prospective parents to have a baby with the help of assisted motherhood. The traditional type of process had many obstacles on its way up to the 20th century, both in terms of morality and legislation. Children born by this method were considered illegitimate in all countries. And such a pregnancy could only occur naturally, which was morally unacceptable for most married couples of that time.

Active research in this area began as early as 1677, when the founder of scientific microscopy Lavenhoek studied the semen in detail and discovered the sperm. It was found that the male sperm is the basis of the family, and the female uterus provides a favorable environment for the development of the fetus.

And in the 18th century, in 1790, the Scottish surgeon and venereologist John Hunter decided to fight infertility with a syringe and male sperm, when he carried out the first intrauterine insemination, an analogue of artificial insemination, for a woman with her husband's sperm, injecting genetic material directly into the uterus.

The first cases of traditional surrogacy

Let us consider the chronology of events in the field of assisted reproductive technologies:

Now, a gestational commercial type of service is legal in most US states, as well as in some countries, including Ukraine and Russia. However, intended parents from jurisdictions where the service is prohibited may travel overseas to legally have a child through this reproductive technology.

The very first surrogate bearing program was recorded in South Africa in 1987 when a woman suffering from infertility asked her mother to give birth to a child for her. As a result, a healthy baby was born.

Patrick Steptoe and Robert Edwards from Great Britain are considered to be the pioneers in gestational bearing. In 1989, they managed to transfer embryos from genetic parents, created as a result of IVF, to the sister of an infertile woman. The experiment was successful, opening a new chapter in the history of substitutionary motherhood.

In 1999, the technology took it a step further with the development of the SPAR Special Program, which allows an HIV-infected man to become the biological father of his children without transmitting the disease.

And in 2011, the surrogate record was broken when the oldest surrogate mother on the planet, who was 61, gave birth to her own grandson.

Over the next years, lawyers from various countries have been working on the development of acceptable legislation in this area in order to:

According to statistics, this fast-growing, viable birth option produced 18,400 babies between 1999 and 2013. Among them, half are twins, triplets and quadruplets which indicates that research in this area will definitely be carried out.

As you can see, surrogacy has gone far from what it was until the end of the 20th century. Today, a combination of rapidly evolving medical innovations and the various types of substitutionary motherhood available are helping prospective parents to replenish families and future surrogate mothers to change the lives of others forever. Many successful women in the world of show business have already resorted to this method to have children. And the number of such cases is growing day by day.

The history of surrogacy is just beginning. And given its ever-changing nature, it makes sense to expect many new chapters to be added to this story in the future. And the specialists at Feskov Human Reproductive Group, Ukraine, are always ready to help childless couples find the happiness of fatherhood and motherhood!