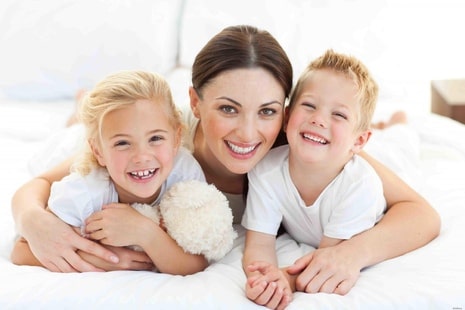 Pregnancy, childbirth, motherhood... In most cases these are completely natural processes inherent in nature and not causing any special response among others. But sometimes there are unique cases of giving birth to children which can inspire and shock at times. Most of them have occurred due to ART. On the other hand, in a situation where there is no opportunity to conceive and carry healthy children artificial insemination as a way to find happiness of motherhood after years of infertility is something incredible.

Pregnancy, childbirth, motherhood... In most cases these are completely natural processes inherent in nature and not causing any special response among others. But sometimes there are unique cases of giving birth to children which can inspire and shock at times. Most of them have occurred due to ART. On the other hand, in a situation where there is no opportunity to conceive and carry healthy children artificial insemination as a way to find happiness of motherhood after years of infertility is something incredible.

The Most-Most Mothers in the World

Perhaps, the most widely discussed unusual stories of giving birth to children are when women become mothers at the age of 60 to 70. This trend is markedly increasing with the rapid development of assisted reproductive technologies where age is not the main obstacle and in fact is not such at all.

India shocks and not just with yoga. It is there where the oldest mother in the world lives. Further still, there are several of them. Rajo Devi Lohan is a woman officially recognized by the Guinness Book of Records who gave birth to her daughter, her first child at the age of 70. Omkari Panwar is another Hindu woman who has two older daughters but an irresistible desire to have a son-successor made a woman give birth to twins at the age of 70.

In the past 2016, in India Daljinder Kaur being 72 gave birth to her first child. Although no documents confirming her age were found, the information is taken from words, the fact of birth in such an old age remains. All the three women became mothers after resorting to artificial insemination. One can confidently say that reproductive specialists in India are very brave people!

Before that, the oldest IVF moms gave birth at 67 and 66. So, the 67-year-old Spaniard Marie Carmen del Busada had to deceive the doctors assuring them that she was 55. And the Romanian Adriana Illiescu who had been treated for ten years gave birth at 66. There are a lot of such stories, they can be understood as the maternal instinct is one of the strongest. And the birth after 50 to 60 years today does not surprise it is rather the pattern of our world.

In addition to older parents, there are stories that are really shocking. For example, the youngest mother in the world is Peruvian Lina Medini who at the age of 5 gave birth to her son. Who became a father and under what circumstances is still not known. Lina’s child lived a normal life but died at the age of 40 from illness.

The exploits parents are willing to perform for their children are impressive! And if there are still opponents of surrogate motherhood then here are real examples of the supreme goal.

The desire of a woman to help couples suffering from infertility become parents is worthy of respect. The most prolific surrogate mother in the world has successfully given birth to as much as 12 children. Carole Horlock planned to become a surrogate mother only once but could not resist.


Progress of Science Cannot be Stopped

Children from three parents are unique from the point of view of science. In January 2017, in Ukraine the third child in the world who will have the DNA of three parents was born. This incredible leap in reproductive science, embryology and genetics will allow future parents who have the most complex genetic pathologies to give birth to absolutely healthy children.

Quite a lot of disputes are caused by a so-called posthumous reproduction. Most of all the community is concerned about the moral side of the issue. Today, the opportunity to give birth to a child after death of his/her natural parents is possible in several cases. We are talking about the use of cryopreserved germ cells, embryos and a new method – the postmortem extract of the sperm of a deceased man. The procedure is carried out within 24 hours after his death and the material is frozen.

Ekaterina Zakharova from Yekaterinburg became a grandmother after the death of her son. Nine years after her own son died of cancer whose sperm was frozen in Israel she used the service of a surrogate mother to have her grandson born. In 2011, Lamara Kelesheva similarly became the grandmother of four grandchildren. Posthumous reproductive technologies have long been widely used around the world.

Unique stories of births originate to some extent more than 2 thousand years ago when after the “Immaculate Conception” a man who became the messenger of the God on earth was born. The process of his conception from a scientific point of view definitely reminds something. Whatever it was VRT is a science that is rapidly developing. And let the opponents of this process remain, but for many people this is salvation!