Ethical problems of surrogacy in the modern world 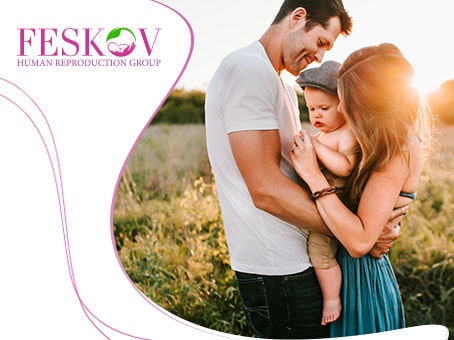 The constantly growing level of infertility in the world and technological progress have led to the development of ART technologies. One of the methods of assisted reproduction, surrogate motherhood, acts as an alternative, in the case when a woman or family cannot reproduce offspring. Surrogacy is an agreement whereby a stranger carries and gives birth to a child for another family or single person. Feskov Human Reproduction Group implements reproductive programs, adapted to different needs, with the help of which almost anyone can experience the feeling of a complete family.

This technique has both its supporters and opponents, since the moral and ethical component of the issue is an inexhaustible ground for disputes and disagreements.

The ethical side of surrogacy

The latter type is not used in world medical practice, since even without the presence of a genetic bond between a surrogate mother and a child, there is enough clash on this issue.

The process can be altruistic or commercial, depending on whether a surrogate receives a reward for her services. An altruistic agreement implies that there is no financial benefit from pregnancy and childbirth for the surrogate. The woman is only reimbursed for her running costs during the process.

This technology gives a sterile family a chance to have their own baby. However, does the child not turn into a commodity, and the event itself into a high-paying job (in the case of a commercial type of agreement)?

Also, there is a possibility that not only infertile people will resort to the technique, but also rich women who are afraid or do not want to give birth because of worries about their figure, career, and falling out of active life. And also that they will be forced to leave the past lifestyle with travel, parties, smoking and alcohol.

Consider the pros and cons of the process.

Points for and against

Another argument against is the fear that reproductive clinics are capitalizing on the misfortune of patients, not guaranteeing them anything, and exploiting poor surrogate mothers, issuing an insignificant invoice for this responsible and difficult work.

In different countries of the world, surrogacy is legalized in different ways. Ukraine, USA, Kenya, Kazakhstan, Armenia, Georgia can boast of the most loyal laws in this industry. The rights and obligations of all parties are clearly defined. The surrogate who receives a reward for the process does not have any rights to the newborn. The names of the intended parents are listed in legal documents.

Among the European countries, only the Czech Republic and Greece allow the procedure, and even then not in full. However, you will have to work hard to register the baby as real parents. In Greece - you need a court decision, and in the Czech Republic - you need to go through a simplified adoption of your own baby.

In Russia, a surrogate mother must sign a child abandonment, and even a surrogate agreement will not help a married couple expecting a baby if she does not want to do this.

In some countries, such as Belgium, Cyprus, Ireland, there is no clear legislative framework on this issue. Therefore, the intended parents act at their own risk and risk of losing both money and the child.

The governments of France, Germany, Sweden, Switzerland, the Netherlands, Austria completely prohibit this ART technology. This is why childless families are forced to go on a surrogate journey to friendlier jurisdictions.

Whether opponents of the method want it or not, surrogacy has already become a part of life. The society only has to accept it and to treat with understanding the personal choice of each person or couple who put their last hope for a child in technology.

The Ukrainian Clinic Feskov Human Reproduction Group acts within the framework of the law and cares at all levels, both about patients and surrogate mothers. By the way, when choosing a package with a VIP surrogate mother, parents get additional services that increase comfort and efficiency of actions. The rights of all parties are scrupulously developed and protected by proper documents, over which an experienced legal team worked.