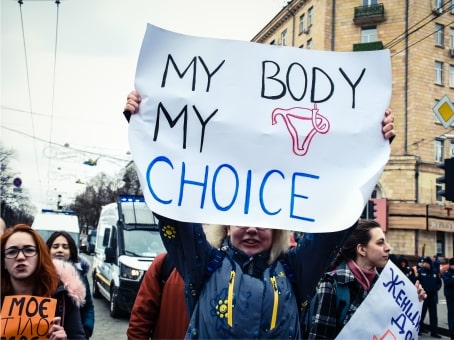 Most religions condemn reproductive practices as violating divine providence. But if the negative attitude towards the treatment of infertility declined over time, the surrogate motherhood, like attracting a third party to the sacrament of germ of life, is still strongly condemned. Every day, the reproductive centers around the world receive angry letters from religious organizations with exhortations not to promote the spread of sin, not to assume the role of God. However, there are religions that approve of helping desperate people to in creation a family and procreation. Consider the arguments of the main religious movements in this article.

Most Abrahamic religions are unanimous: surrogate motherhood is a sin and is unacceptable to the pious believers. Catholicism and Orthodoxy agree that the involvement of a surrogate mother violates the sacrament of marriage and depersonalizes marital relations. If God blessed the parents with a child, then he considered their union physically, spiritually, and mentally prepared for this event. If this does not happen, then the pair is likely to have a different path. For example, show humility and give the family to a child left without parental care. In addition, Catholicism and Orthodoxy insist on the inadmissibility of creating a cult of childbearing.

Islam has a similar point of view, according to which the right of a child to a pedigree (father and mother) and the trust of spouses to the Almighty giving children is above all else. In the process of conceiving a child, the presence of a third person is unacceptable. Patience and humility are also encouraged. The possibility of a temporary nature of infertility, the return of Allah's mercy and the birth by a couple of a healthy offspring is emphasized.

Protestantism occupies the most loyal position: on the one hand, religion supports the idea of trusting God, who has prepared a special way for a childless couple, and on the other, it shows understanding to those who nevertheless decided to intervene in the divine plan with reproductive technologies (including surrogate motherhood). The Man himself bears responsibility before God for his worldview choice and accepts himself its consequences.

Judaism supports the idea of procreation by any methods. The progress and development of medicine has always been perceived by this religion as a blessing. If you have tried all the methods for giving birth to a child in a natural way, appeal to the surrogate motherhood is permissible and will not be condemned.

How to bring oneself mind to surrogate motherhood

Despite the initially declared severity, religions do not underestimate the power of the human desire for parenthood. Therefore, procedures and conditions are provided to make amends for violating the commandments.

The following requirements were adopted at the Islamic Theological Conference on October 11–16, 1986, inAmman on issues of surrogate motherhood: the surrogate mother must be married, and her spouse must give her permission to carry someone else’s child. Before transferring the embryo, it is necessary to wait 3 menstrual cycles, without having sexual intercourse with the spouse (to exclude the possibility of an intra-family pregnancy). During pregnancy and 40 days after birth, all the costs of the surrogate mother must be paid by the biological father of the child. A woman who has carried the baby has the right to breast feeding. A subsequent marriage between her and the child is prohibited (as between the mother and her child).

Christianity admits the baptism of a child born by a surrogate mother, subject to the repentance of biological parents.

The main responsibility of the biological parents to the Almighty is to give love and a pious education to a person brought into the world. If there will be one more worthy person on earth, can it be said that this is not good?

Feskov Human Reproduction Group pays a proper attention to the religious beliefs of its customers. Before starting cooperation, we discuss in detail the smallest details so that the decision is conscious. Order a free consultation of specialists on our website - we will answer any questions.