Facts and Myths About Predicting the Sex of Your Baby 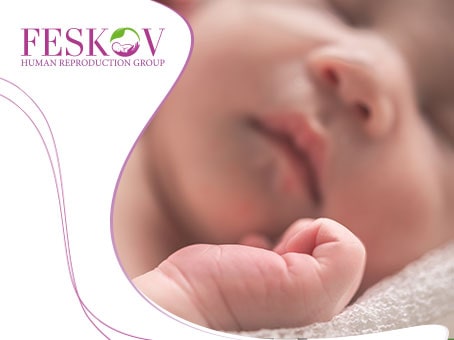 In most cases, after the pregnancy test showed the cherished two strips, the couple begins to ask the main questions - when will the baby be born and what gender will it be? For many parents-to-be, knowing the gender helps to get closer to the baby in the tummy.

Sometimes, this information is important for medical purposes when a genetic disorder in a family is sex-linked. However, curious parents have always tried, try and will try to find out the gender, using not only scientific, but home and other methods gleaned from various sources. Let's consider the most common ones. And in the meantime Feskov Human Reproductive Group offers a sex determination service within the framework of IVF programs, surrogacy, donation.

The very first decision that parents make even before the birth of a child is to find out or not the gender of the baby. According to a 2017 study in Sweden, 57% of couples would like to know the gender of their baby before birth. Being aware of the gender of a child is a personal choice of a man and a woman in the family. There is no right or wrong solution, however, each solution has its own disadvantages and advantages.

What are the most common reasons to know gender:

However, not every parent wants to know gender. Sometimes it happens that in a couple, one person wants to know this, and the other prefers not to know. Therefore, there are also reasons to keep the gender of the baby a secret until his birth:

In any case, not only each separately taken married couple decides to determine the sex of the future baby, but every person in the family has the right to do so.

Objectively, there is no deliberately correct or incorrect answer to the question - is it worth or not worth knowing the sex of a baby before his birth. Although, of course, there are pros and cons.

One of the downsides is gender frustration. If a parent desperately wants a boy, and a girl is born, then he may experience disappointment, sadness and even grief, to some extent.

Similar feelings, in fact, are experienced by many people who are upset by the gender of their baby. However, they are silent about their “grief”. A parent with gender frustration may feel ashamed. Since it seems that a parent should be happy with a child of any gender, if the latter is healthy and everything is in order with him.

Every parent wants to have a healthy child. But also, many people want a kid who will bring certain ideas to life to achieve success. In some cases, such hopes coincide with the preferences of one sex for the other.

Dreams about a child's future are normal, even if they are not voiced out loud. Of course, one must always hope that the baby will be an intelligent, beautiful, sociable and decent person.

Sometimes, parents who overly prefer one gender to another decide to wait and find out the gender on the baby's day of birth. Part of the logic behind this decision is that the excitement of the long-awaited day will overwhelm any sense of frustration that may arise.

However, it should always be borne in mind that it can overtake a person later or even at this very moment. And it can be difficult to hide. This will affect future family relationships.

Therefore, one of the benefits of knowing gender sooner rather than later is that the person will have enough time to get used to the thought or maybe even work with a psychologist on this issue.

The wrong gender prediction is also a risk. Errors are rare here, however, they also happen. One study on this issue has shown that in 1 in 100 ultrasound cases at a period of 14 weeks, the sex of the fetus is incorrectly identified. Another study claims that forecast errors occur in less than 1% of the time. The likelihood of this is increased if the fetus's genitals are deformed and not properly developed.

Ultrasound in the first trimester of pregnancy leads to more errors than in the second or third trimester. During the first 12 weeks of pregnancy, the ultrasound specialist accurately identifies the sex of the fetus 3 times out of 4.

There are more or less reliable ways to find out the sex of a child. The most widely used ones in the medical environment are:

Let's consider each of them in more detail. Amniocentesis or amniotic fluid sampling accurately indicates the sex of the child with 100% accuracy. However, this procedure is not easy and involves a number of risks. During it, the needle penetrates through the abdominal cavity into the uterus to the amniotic sac and sucks in the amniotic fluid. Amniotic fluid contains fetal genetic material. And her chromosome analysis will show the presence or absence of genetic pathologies and the gender of the baby (XX - female, XY - male).

Amniocentesis is usually done because of the risk of developing genetic abnormalities. If the family has a hereditary disease, the expectant mother is over 35 years old, or during previous tests, an increased risk of any ailment, such as Down's syndrome, was noticed. At the same time, you can ask along the way to determine the gender of the future baby.

However, it should be borne in mind that manipulation is associated with the risk of infection of the fetus and miscarriage. According to a 2018 study, the risk of miscarriage after amniocentesis is 0.35%. It depends on the experience of the specialist and the technique of execution. The shorter the pregnancy, the higher the risk.

Very rarely, there are cases when, with certain genetic pathologies, the sex chromosomes of the fetus are not typical as with the syndrome Klinefelter XXY, and in Turner syndrome, XO.

The next method is sampling the chorionic villi, which also gives a 100% reliable result. However, like the previous method, it is invasive, carries medical risks, and is never used solely for sex determination. The procedure involves taking a tissue sample from the placenta (hairy placental protuberances - villi) and examining it for chromosomal abnormalities.

The method can also provoke fetal infection and miscarriage. Research claims the risk is 1.9%. If there are medical indications for manipulation, you can ask to find out the gender of the future baby.

Non-invasive prenatal testing, which is also aimed at detecting chromosomal abnormalities, is an innovative and low-risk method. The analysis identifies strands of DNA that are freely present in the circulatory system - extracellular DNA. And a pregnant woman has threads of extracellular DNA of the future child in her blood, which originate from the placenta.

The test is used for preliminary detection of genetic problems. If confirmed, invasive research methods (amniocentesis or chorionic villi sampling) will be recommended.

To find out the sex, fragments of the Y chromosome are looked for in the blood, which indicate a boy. Since this is a relatively new analysis, the level of accuracy is difficult to determine.

What affects the result:

Research from 2014 says that in 10-20% of cases the results are not accurate. This means that out of 10 pregnant women, 1 or 2 will not get an accurate result. With multiple pregnancies, in this way it is possible to determine not the number of boys, but whether there is at least one boy in the stomach at all.

Conventional ultrasound is the simplest, safest and most effective method to find out who it will be: a boy or a girl. Although it should not be abused either. Ultrasound is done strictly according to indications at certain gestational ages, and not when the future parents want it. Screening at 18-22 weeks of gestation shows the doctor that the baby is developing correctly and is healthy. Along the way, the doctor offers to voice the gender of the baby, if the parents want it. Since ultrasound clearly shows the presence of a boy's penis, which is usually very clearly visible.

Parents should always tell the professional whether or not they need to know the gender. Also, you can ask to write down the sex on a piece of paper and seal it in an envelope in order to open it later in the presence of the other parent or if one of them does not want to know the truth.

When ultrasound errors are possible:

Ultrasonic method Ramzi determines the sex by the side of the uterus where the placenta is attached. On the left it is female, on the right it is male. Although the method is positioned as scientific, there is no reliable research on it. At the same time, many companies are ready to consider intrauterine ultrasound images for a certain fee for an accurate result. However, it is easier and safer to wait for the usual ultrasound in the second trimester.

Home ways to find out the gender

Some argue that it is possible to find out the gender of the baby at home using, for example, urine tests or non-invasive prenatal tests for self-use.

While a large number of urine-based tests are sold in pharmacies, none of them are scientifically accurate. Some indicate that they can be used for entertainment purposes, while others have a disclaimer inside. Even if the buyer is guaranteed a 100% result or money back, such products are based on the fact that many do not ask for a refund. And also on the fact that in 50% of cases the test is correct, solely on the basis of the theory of probability.

Unlike home urine tests, genetic tests are scientifically based and may be helpful for parents-to-be. This requires the mother's blood, taken according to all the rules. Gender is determined by fragments of extracellular DNA floating in the fetal blood. Y indicates a boy, if it is absent, then there will be a girl. The accuracy of the analysis is quite high - 95%. It is advisable to do the test no earlier than 9 weeks of gestation, and also wash your hands thoroughly when collecting blood, so as not to reduce accuracy.

Unscientific methods for finding out a boy or girl

Errors are most common when using unscientific methods of identifying gender characteristics in the fetus. Therefore, it is better for parents not to make plans and not emotionally become attached to a deliberately inaccurate forecast.

The truth about some of the basic theories that inevitably arise once everyone knows about a woman's pregnancy:

All programs IVF at Feskov Human Reproductive Group necessarily imply a procedure for genetic screening of the embryo, during which future parents can also find out the gender of the baby. However, this is a private matter for each of the partners in the couple.