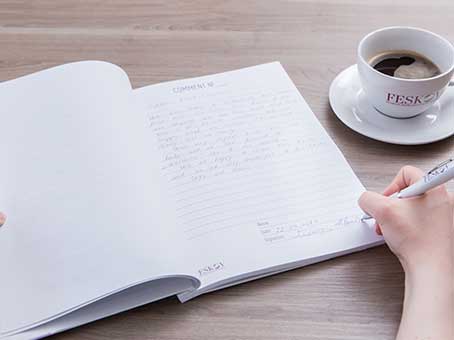 Hello! My name is Elizabeth, and I am writing this review on the request of Professor Feskov’s team. They proposed me to tell my story, and I am glad to do so.

My husband Steven and I live in the UK. At the time of addressing to the surrogacy Feskov clinic I was 42 years old, and my husband 54. My husband already had a child from his first marriage, I have never had children.

While we were younger, work was in the foreground. But the time has come when we seriously thought about the birth of a child. Unfortunately, it turned out that it was not so simple.

First we underwent an examination in a London clinic, lost a lot of time and money. As a result, it turned out that I had problems - a congenital anomaly of the development of the uterus, as well as abnormal renal development. Doctors said that I had no chance to give birth to a child, and the only way out for us was surrogacy.

Steven and I decided to look for a country where it was best to use surrogacy. It turned out that the best programs on surrogate motherhood (according to the level of medical and legal services) were offered in Ukraine and the USA.

First of all, we contacted several surrogacy clinics in the USA. But it turned out that they had exorbitant prices, which we could not afford. Then again we turned our thoughts to Ukraine. The prices there were quite suitable and the medical level worthy, but we were embarrassed that the news was periodically talking about the armed conflict in this country. However, one of my colleagues is from Ukraine, she has recently moved to the UK with her family. She said that we could safely go and not be afraid.

Then we began to choose a clinic: we searched in the Internet for information about the most famous surrogacy clinics in Ukraine, read about them on the forums. We started corresponding with those who had already used surrogacy, and several people advised us Professor Feskov Clinic in Kharkov.

We contacted the clinic on skype and communicated through an interpreter. In general, the issue of language in the clinic is resolved - they provide an interpreter, despite the fact that doctors communicate in English, and often in several languages.

So, we decided to go to Ukraine and wanted to pay money in advance. But the manager said not to do that, since we chose the guarantee package, we had first to pass an examination. We were very bribed, because other clinics were always willing to accept prepayment.

Very quickly, the examination for my husband was organized in London. It turned out that the Feskov Clinic across Europe had partners, which allows them to even remotely conduct preparation for men and bring sperm or embryos to Ukraine for a surrogacy program! It turned out that my husband had bad semen analysis, although nobody told us about it before. But in Feskov Clinic we were assured that they could help us and guarantee the result.

At the airport, the driver met and drove us to the hotel. Before the consultation, we did not sleep and met a couple from Spain who celebrated the birth of a child. They said that they had four attempts of in vitro fertilization. But the team of the Feskov Clinic did not give up and succeeded. We talked all night with them, and the next morning we went to a consultation with the professor.

The professor told us in detail about our medical problems and how to achieve results. My husband was prescribed an additional andrologic treatment, and immediately introduced to a nurse who would make injections for him in London.

After the consultation, we, together with the lawyer of the clinic, discussed the contract. Earlier, our lawyer in the UK advised to pay attention to all the important points of the program written in the contract: the risks associated with a newborn child, accommodation and meals, guest services after childbirth. In the clinic we were provided with four variants of the contract, from which we chose the right one.

When everything was agreed and ready, we signed a contract and immediately paid the right amount. I was impatient to start. We were given medications, and we went home to London.

And soon we again went to Ukraine for ovarian stimulation for me.


During the stimulation we lived in Kharkov in the hotel Chichikov. This is a decent hotel with good service with solid 4 star. It is pretty nice and tasty there. The city itself is interesting, we walked a lot and watched the architecture. But the first stimulation was unsuccessful. We were upset, but the doctor advised not to lose heart and lose no time, but to pass the stimulation immediately in the next menstrual cycle.

After the repeated stimulation, eight mature eggs were obtained. Of these, 5 embryos of the first quality were obtained on the third day. But in the end on the sixth day there was only one embryo. Then there were 7 days of excitement, while we were waiting for the results of preimplantation genetic diagnosis, this is a method that allows us to identify all possible chromosomal abnormalities, as well as determine the sex of the child. When the analysis showed that that was a healthy boy, we were just happy!

Then the events unfolded very quickly. On skype we met three surrogacy candidates  and chose one of them - Elena.

The day of embryo transfer was appointed. It was a very exciting day.

After 14 days, Elena made a pregnancy test, and it turned out that the implantation was successful! Later I learned from patients who did IVF programs in this clinic that the clinic had a US patented technique that allows creating an artificial implantation window, which means that the embryo is implanted for sure.

Three weeks later, the doctor sent us a photo with ultrasound, where a developing embryo was seen.

At first I was worried about what kind of relationship we would have with the surrogate mother of our child, but we communicated very well with Elena. We constantly maintained communication via Skype, and we were constantly informed by the clinic about how her pregnancy was going on. There was a feeling that a surrogate mother is a nanny who cares for a baby during its intrauterine development. In this case, the clinic helps a genetic mum feel all the delights of pregnancy.

For the first and second screening, we were sent a great video. And at the 15th week of pregnancy we could not wait longer and came to Ukraine. Although it was not included in the contract, we were accommodated in a hotel, and ultrasound was done specially for us so that we could talk with our son. It was very pleasant and exciting. I always wanted to be close, but work and business forced me to go to London again.

On January 10 we arrived in Ukraine, as the time of childbirth was approaching. Elena was in the hospital, and we walked around the city and waited. And on January 18 at 3 o'clock we were called to maternity hospital .

We were in the delivery room next to our surrogate mother Elena and saw how David appeared to the world. He was handsome and a real hero - weighed 3800 grams, and height 53 cm.

Then we spent three days in the ward with the baby. First we considered the option that a surrogate mother feeds the baby while we are in Ukraine. But the coordinator and lawyer insisted that it was not necessary, and right after the birth of the child, we were always with our son and tried ourselves as parents.

Immediately after discharge from the maternity hospital, we received the certificate of his birth. The process passed quickly and without delay. The lawyer has already prepared the basic documents before the consulate in advance, as everything is worked out and thought over in detail in the clinic.

My recommendation to all couples who will apply to surrogacy clinics, immediately stipulate the legal part and write everything in the contract. We were fortunate that Feskov clinic had a lot of experience in conducting legal services for clients from different countries, so they immediately made an optimal contract for us. When we arrived in London, we continued the procedure for processing the documents for the child, and within a year and a half received a parental order, where I was listed as the mother of the child, and Steven as the father. The lawyer of the clinic provided us with partners in London who for just £ 6000 took over the procedure of registration and made everything "turnkey."

Now David is 2 years old. He is healthy, and we are happy. We are very grateful to Feskov surrogacy clinic for our wonderful son. And we want to recommend those couples who also plan to use surrogacy - contact Feskov clinic in Ukraine! By the way, I’ve recently learned that they are now called Feskov Human Reproduction Group, and they have opened a clinic in Kiev.