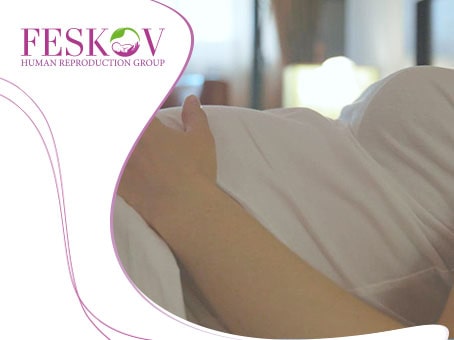 During its existence, such an ART method as surrogacy has acquired many rumors and speculations that do not correspond to reality at all. No matter how the public treats in vitro fertilization, surrogacy, donation, if it helps people create happy families, what is negative about it? Specialists at Feskov Human Reproductive Group act as “myth destroyers” in this matter.

Myth 1. Surrogacy is exclusively the prerogative of celebrities and the rich

Sarah Jessica Parker, Elton John, Jimmy Fallon and other celebrities have recently taken advantage of surrogacy as a way to create their families. Because of this, many people think that such a method is too expensive, exotic and inaccessible to mere mortals. In fact, the vast majority of couples and people who make informed choices are not millionaires or celebrities. While the gestational procedure is not cheap, it can be far more affordable than many realize.

Typically, when working with prospective parents who have financial constraints, the staff at the Reproduction Center will offer options to help take care of their costs. And also, the convenience of patients from other countries. For this, various service packages have been developed for a fixed cost without additional payments. For example, remote program with the participation of a surrogate mother and an egg donor occurs without the arrival of genetic parents in Ukraine at all!

Myth 2. A surrogate may want to keep the child

This is a common and unreasonable concern of people who are completely unfamiliar with the process.

First, the central element of gestational surrogacy is the legal contract that is concluded between the intended parents and the surrogate, and protects against the possibility that the latter might keep the child for herself. Since the contract clearly and specifically spells out the rights and obligations of the parties in relation to the future child and each other.

Secondly, with the gestational type of the process, unlike the traditional one (which is used almost nowhere in the world), the child gestated a surrogate is in no way connected with her at the genetic level. She carries the child for another family, using the expectant mother's egg or donor. By the way, Feskov Human Reproductive Group provides a unique service of personal meeting with an egg donor!

Thirdly, psychological screening of candidates is an important stage of surrogate programs. Which ensures that women fully understand the nature of the process, know their rights and responsibilities and know how to manage their emotions.

Every Intended Parent cooperating with a gestational surrogate should know and understand that, in fact, she does not want to have her child. Her task is different - to help others build their own families.

Myth 3. Anyone can be a surrogate

In fact, almost half of those wishing to become a surrogate mother are eliminated at the initial stages. So, candidates for this role must:

It is also important that the woman does not smoke, drink alcohol and other prohibited substances. Plus, she has to be ready for a full medical and psychological examination.

Myth 4. If surrogacy is illegal in the state / country, then the possibility of having a child is closed for a person

In fact, this is not true. Yes, surrogacy laws differ not only from state to state, but also from country to country. There are jurisdictions that are more loyal to the process. But some of them are less loyal or even prohibit such practices. This is true both for states in the United States and for countries around the world.

With regard to surrogacy, people are not limited by their place of residence to resort to such an opportunity. Moreover, in some countries where the procedure is completely legal and the intended parents are protected at all levels, you can save a lot without losing the quality of medical, legal and other services. For example, Feskov Human Reproductive Group (Ukraine) works with patients from all over the world. A large selection of international programs allows people to become real parents as comfortably as possible and at minimal cost.

Myth 5. The relatives of surrogates will never agree with their desire to take this step

Based on practice, surrogate families: their husbands, partners, children, parents, brothers and sisters, usually understand a woman's sincere desire to help another family have a child. And they actively participate in this, help and support her. In addition, do not forget about the financial reward for the invaluable service provided. Which forces loved ones to be more loyal to the process.

In fact, one of the requirements for becoming a surrogate mother is family approval and support. Without this, the process would be too stressful to be successful. One of the responsibilities of the Reproduction Center is to help women and their families harmoniously adapt to this decision.

Oftentimes, surrogates’ families and intended parents become good friends. Some even continue to communicate after the end of the program.

This is an imprecise and demeaning definition. Women who consciously choose the role of surrogate mothers are, perhaps, engaged in the noblest thing - helping others build strong, prosperous, loving families.

The typical surrogate is a thoughtful, educated woman who appreciates the fact that pregnancy and childbirth are priceless gifts for her that contribute to the happiness and self-fulfillment of other families.

No woman should become a surrogate for purely economic reasons. On the contrary, financial stability is a must for candidates for this role. The notion that women are forced to do this for money is unfounded.

In addition, there are countries where only an altruistic type of service is legal, without the payment of financial remuneration. However, even there women continue to take this step.

Quite the opposite. Many prospective parents did not even expect that in the process of communication and solving common problems, they would develop such a warm and trusting relationship with their surrogate mothers. Although, this is not surprising. After all, the intended family and the surrogate are partners in the event with common goals: a successful, healthy pregnancy and childbirth, a healthy child and a full-fledged family.

Most intended parents and their surrogates keep in touch during and after childbirth. Many are present at the birth of their child. Even if parents leave for their homeland with the baby, they continue to communicate with the woman who carried their child and her family. They send photos, congratulate them on the holidays, communicate using modern communications, etc. Too much has been experienced together - there's no getting around it.

These are just some of the ideas and misconceptions that have arisen around the topic of substitutionary motherhood. Since this is a relatively new social phenomenon. And also quite difficult to understand and accept. Therefore, as if around something unknown and frightening, all sorts of speculation and fantasies grow. And also the fears and emotions associated with them.

And the best solution would be to contact specialists at Feskov Human Reproductive Group, which will present only the facts that turn the surrogacy process into a transparent and open procedure.