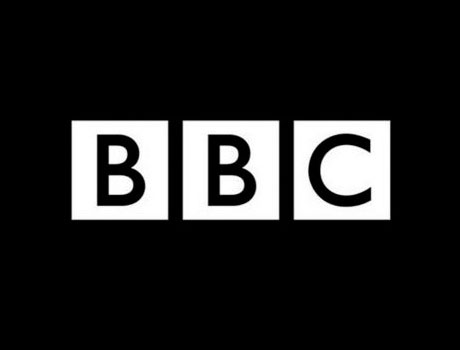 Response to the BBC article In search of surrogates, foreign couples descend on Ukraine

Response to the BBC article In search of surrogates, foreign couples descend on Ukraine

Surrogate motherhood is one of the most advanced reproductive technologies, making it possible for couples with a diagnosis of infertility to have a child. And Ukraine is among the countries where this technology is successfully applied. Moreover, for objective reasons, Ukraine can be considered one of the most attractive countries in the world in terms of surrogate motherhood.

However, the on the BBC website recently published an article titled “In search of surrogates, foreign couples descend on Ukraine”, which provides incorrect information, a number of controversial judgments about the situation with surrogate motherhood in Ukraine, and the country is shown in a somewhat unattractive light. We are surprised that such a respected edition has published such material, and we want to analyze all the untrue moments of the article and show what the situation with surrogate motherhood in Ukraine really is.

Surrogate mothers in Ukraine: the difficulties and advantages

The article begins with the assertion that Ukraine is one of the poorest countries in Europe. But Ukraine is a dynamically developing country that is actively seeking to become part of the European Union. Moreover, reproductive medicine in our country is at a very high level and the surrogate motherhood services that are provided have significant competitive advantages.

The BBC article tells the story of a young woman Anna, who at 23 years is going to become a surrogate mother already the second time. Anna says that she was lucky and for the first time everything went well, but many of surrogate mothers she is acquainted with, had complications with health, and at the same time the clinic provided insufficient medical assistance.

Such situations are possible in principle, but we are talking about a specific clinic, which apparently did not carefully carry out a preliminary examination of women and neglected their duties. Generalizing and saying that all clinics in Ukraine work in a similar way is wrong and unprofessional.

In the clinics of the Feskov human reproduction group such situations are simply impossible. First, we very carefully examine women who are in our database of surrogate mothers. Only two of the 10 candidates enter into our database according to their health condition. We study their general physical and psychological health, conduct laboratory testing for bad habits and assess the social conditions of a woman. We do not attract too young women and women from disadvantaged social strata to surrogate motherhood. This allows us to select only the most worthy candidates for the role of surrogate mothers.

Secondly, the clinic is responsible for the health condition of a surrogate mother in the period while she is gestating a child. Qualitative management of pregnancy is very important for a good result. In our clinic pregnancy is always under control: surrogate mothers are supervised by a coordinator, regular laboratory tests are conducted, and as a result a healthy child is born.

We have developed a multi-level system to protect the rights both of genetic parents and of a surrogate mother. A woman who gestates a child, works for the clinic, so the clinic is interested in her well-being, both during the program and after childbirth.

Why do women become surrogate mothers in Ukraine?

In the article it is told that Anna at work gets a salary of only $ 200, and goes to surrogate motherhood for money to buy a new home. It is really difficult to put off on an apartment from earnings of $ 200. A surrogate mother will receive for her services an amount sufficient to buy an apartment, and earning the same $ 200, can improve the living conditions of her children. In a new apartment with her children she will build a happy life.

So, surrogate motherhood will really help a woman improve her financial situation. But do not forget that becoming a surrogate mother, a woman provides invaluable assistance to married couples who can not give birth to a child on their own, but they really want it. Her act is worthy of respect!

Ukraine is a fairly religious Christian country. Our women, unlike the fairer sex from Western countries, want and can give birth to children. In the West, women put their careers and their own entertainments at the forefront, and only after 40 start thinking about having children. Our women understand that the birth of a child is very important. They put children first in their lives and are ready to help become parents other people who are not able to do it themselves.

Surrogate motherhood helps people to overcome infertility, create and often save a family. And Ukrainian women, who become surrogate mothers, understand this.

The article goes on saying that although many clinics in Ukraine work transparently and treat women well, there are irrefutable stories about dishonest behavior towards surrogate mothers. It is told about cases when Ukrainian agencies refused to pay surrogate mothers after they had a miscarriage.

Again, in this case, we must emphasize that these are private situations, the presence of which is unpleasant for all decent doctors, and that this is rather an exception to the rules than the rule. Similar examples of unfair work of agencies or clinics can be found in any country. In order not to fall into such a situation, a woman who wants to become a surrogate mother should carefully select a clinic for cooperation and work only with reliable and well-established medical institutions.

All over the world, there are companies that build their business on the principle of “at the entrance everything is almost free, but by the end everything is many times more expensive”. In such situations, when people counted on one amount of money for a program, and then because of many unsuccessful attempts of IVF spent much more, it may turn out that after reaching a pregnancy, people will not have enough money to pay for the services of a surrogate mother. But this is an incorrect and unfair approach to work.

The Feskov human reproduction group immediately prepares the design of a program, which allows to specify a fixed cost of a program and give a guarantee for the result.

It is also important that the clinic necessarily draws up a contract, which contains all the important points that are notarized. After drawing up the contract, a surrogate mother is fully protected from non-payment. We take into account the interests of both future parents and surrogate mothers, because we need a result and the positive experiences of clients, the health of surrogate mothers and our reputation are important to us.

Is it true that the execution of documents takes a lot of time?

The BBC article says that in order to get their baby out of Ukraine, parents must go through a bureaucratic nightmare. And that couples from some countries, including Great Britain, need to stay in Ukraine for many months.

Bureaucratic delays are indeed possible, but their cause is the peculiarities of legal registration of a child in the UK. Family couples have to stay in Ukraine because the DNA test takes a long time in their country, long waiting for reception from the consular department staff and other delays. But, despite this, it is not about any few months of staying in Ukraine. This is possible only in isolated cases, for example, if the baby had complications after birth or if the execution of documents coincided with long official state holidays, such as the new year.

In the article there is also a comment by Olga Bogomolets, a doctor and deputy, who heads the parliamentary committee on public health in Ukraine. She says that young women go to surrogate motherhood “as a result of the rapid decline in the standard of living” in the country. But the statement about the fall of the “standard of living” as a decisive factor pushing massively women to act as a surrogate mother in Ukraine is very controversial, so it should be considered only as a private opinion of the former minister, whose management significantly undermined the state health system.

Why do couples from Europe go for surrogate motherhood to Ukraine?

The BBC article tells that in Ukraine people from Europe began to follow the surrogate motherhood in large numbers after this type of reproductive technology was banned in India, Nepal and Thailand. But the closure of the “eastern zone” for surrogate motherhood is only one of the reasons. After all, there are other countries where this reproductive technology is proposed, for example, Russia, Georgia, the United States. Why do people go to Ukraine? Because in our country there are the optimal conditions for this service!

So in Russia, legislation is too imperfect and a surrogate mother can keep her child. In Georgia, until now, surrogate motherhood is poorly perceived in society and this can create difficulties for the surrogate mother and the child she is gestating. And in the US, the use of this reproductive technology is too expensive and many couples simply can not afford it.

In Ukraine, these obstacles do not exist. In our country there are precise and well-written laws concerning surrogate motherhood, and the price and quality of services are in an optimal parity. At the same time, it is possible to take advantage of the most advanced reproductive achievements. So the Feskov human reproduction group offers such options as: selection of a healthy embryo, choice of sex, a wide selection of quality oocyte donors, even an Asian and African-American phenotype.

Another reason why it is in Ukraine that people go for reproductive technologies is that the Ukrainians are famous in whole world with their beauty and healthy genes. And Ukraine is known as a donor of quality genetic material around the world, which is very important when oocyte donation is needed.

All of the above points out Ukraine's undeniable advantage in the field of surrogate motherhood and other reproductive technologies. This attracts couples from other countries of Europe to go to us and with our help to become happy parents.