Scandalous Case with Legislation in Russia 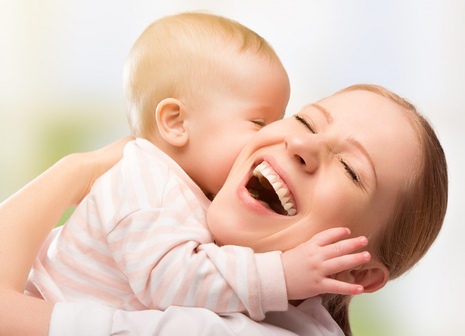 Surrogacy. It existed, it exists and it will exist regardless of whether this process is regulated by law or surrogate motherhood will be a kind of criminal business. For someone this is something disgusting and akin to trafficking, for someone it is the last hope, a chance to feel the joy and charm of motherhood, and for someone the opportunity to cheat and earn a lot of money.

Surrogacy. It existed, it exists and it will exist regardless of whether this process is regulated by law or surrogate motherhood will be a kind of criminal business. For someone this is something disgusting and akin to trafficking, for someone it is the last hope, a chance to feel the joy and charm of motherhood, and for someone the opportunity to cheat and earn a lot of money.

Today, on the territory of Russia the issue of surrogate motherhood is governed by several legislative acts. The Family Code of the Russian Federation, Articles 51 to 52, determines who and when becomes a legitimate parent in a certain situation. Other aspects are reflected in the following documents:

- Order of the Ministry of Health of the Russian Federation No. 67 “On the Use of Assisted Reproductive Technologies (ART) in the Therapy of Female and Male Infertility” dated 26.02.03;

Perhaps, the reason that there is no single legislative act that would regulate the process as clearly as possible, signify the rights and obligations of all parties to such an agreement, scandals related to surrogate motherhood in Russia occur.

By the way, at the end of March 2017, a new bill has been registered for consideration which is supposed to prohibit surrogate motherhood in Russia until the precise and complete mechanism for regulating this process is developed by the state.

The most important factor determining the possibility of non-fulfillment of the final goal is that the mother who carried the fetus to the last moment may change her mind. The procedure for the child transfer by a surrogate mother to natural parents is carried out at the time of registration in the registry office where the woman who carried and gave birth to the child officially waives her rights and passes them to the couple. Until then only she is a legitimate mother, the Family Code says.

Although a civil law agreement is drawn up before starting the actual process of fertilization and gestation by the surrogate mother of the child no one gives any guarantees that all conditions will be fulfilled by both parties.

The latest high-profile scandal in the media was the decision of the surrogate mother Tatyana Suzdaleva not to give the two boys to parents – the Frolovs couple for whom the path to the opportunity to have children lasted for 20 years. And then, a few steps from happiness a surrogate mother decides to double the amount of remuneration by blackmailing the couple that she will not give up the children.

Has the curtain been dropped in this issue? Despite the fact that the first instance and unprecedented appeal decision dated February 21, 2017 recognized the Frolovs parents of Pavel and Petr, Tatyana Suzdaleva’s lawyer declared her intention to continue litigation. In addition, it is not clearly defined how and when the transfer of children to their parents should take place after the court decision. There are also fears that a woman will try to hide or change her place of residence.

Everyone seems to think about the rights of children in this situation. They decide where they will feel better whether in the communal apartment of Tatyana Suzdaleva with her roommate and two older sons or at the Frolovs’ who have waited for a miracle for so long. The time goes by and the boys are growing... Whom will they consider as their mother and what is their future is not yet known.

The fate of two girls whose surrogate mother Preslava disappeared shortly after the birth has remained unknown up till now. Natural parents are in complete despair and ready for anything for the sake of their children. But an intricate, almost detective story has not yet been revealed. In the course of the investigation new and sometimes shocking facts are being established which unfortunately do not bring development closer to a single step.

Situations where women who have agreed to bear other people’s children during pregnancy are trying to change the terms of the contract – extorting to increase remuneration are the most frequent causes of intense passions. The law is on their side, in particular the foregoing Article 51 of the Family Code of the Russian Federation. But sometimes the reason for the scandal may be the decision of natural parents to abandon the child. They planned to have one child, not two, the child was born unhealthy or as in the case of Zinaida Rakova the couple hired another surrogate mother to be safe.

At the same time, the law does not clearly regulate such an important issue. Although it is here that meticulous step-by-step action is required in the development of any options and responsibilities of the parties prescribed at the highest legislative level. It is necessary to prevent and eradicate such situations in the future, especially for the benefit of children. If infertility is a disease and surrogate motherhood is a cure for it, then there is no place for scammers. Women who agree to give birth to a child to strangers should not forget the primary goal of such a project – assistance to people in need.