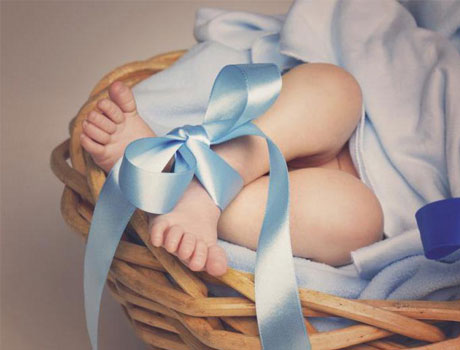 The attitude to surrogate motherhood in European countries is rather ambiguous. Surrogate motherhood is a unique reproductive technology that allows to have a child in families where the woman is unable to bear it. For many married couples this is the only chance to give birth to their own child.

Surrogate motherhood is a unique reproductive technology that allows to have a child in families where the woman is unable to bear it. For many married couples this is the only chance to give birth to their own child. Despite this the attitude towards surrogate motherhood in many countries remains cautious or even negative.

The attitude to surrogate motherhood in European countries is rather ambiguous. For example, in the UK, any commercial interactions between a family that wants a child and a surrogate mother are prohibited. Future parents are only entitled to pay for the maintenance of a woman who agrees to bear their child. In Austria, Norway, France and Sweden, surrogate motherhood is also bannedofficially.

In Denmark and Israel, in order to use the services of a surrogate mother, you need to obtain permission from a special commission, and it is usually difficult to do this.

In Belgium, Greece, Spain, Finland, the technology of surrogate motherhood is used, but it is not regulated by law. And accordingly, in case of any misunderstandings between the surrogate mother and the child's parents, it will be impossible to solve the problem with the help of the law.

In Georgia and Ukraine, this reproductive technology is allowed and regulated at the legislative level.

If we take the situation in the world and consider proposals for surrogate motherhood, taking into account all the nuances, the most optimal climate for those who want to use this service can be found in the USA and Ukraine. And in Ukraine this reproductive technology will cost much less at a very high quality of the services offered.


Surrogate motherhood "for" and "against"

When they want to determine the pros and cons of surrogate motherhood, first of all ethical and moral issues are raised.

Opponents of using this method express fears that children can become a commodity, and the poor will bear children for the rich.

Another question often asked by opponents of this method is: "How ethical is it to use a woman as a“ vessel for gestation”, “if her child is not to be born"? They see in this the exploitation of women.

In many countries, this use of the body of an "extraneous" woman is still being condemned. But the roots of this attitude are a thing of the past. In virtually all cultures, the conception and birth of a child was considered something mystical, sent from above. And even today, when the mechanism of conception and birth is described in detail and understandable, many people are subconsciously not ready for change.

Nevertheless, science and technology do not stand still, and every year new opportunities open for solving the problems associated with conception and the birth of children who were previously irresolvable. And what seemed to be incomprehensible and suspicious yesterday is now considered an ordinary technology, which is normally perceived by society. For example, preimplantation diagnostics quite recently was also something unusual and alarming. Today it is widely used in almost all countries.

Surrogate motherhood - a way out of a hopeless situation

When you weigh the pros and cons of a surrogate motherhood, you should leave your prejudices in the past and look at the technology from the other side. And then we will see that the use of this method in some cases is the only opportunity for the family to give birth to a child. If a married couple wants a little native man to appear in their life, and a surrogate mother can help to do this, then why not use this opportunity? Yes, he will be born by another woman, but this will enable the baby to come into the world. For many families, this is a great happiness, which they dream about for many years.

Of course, if the surrogate motherhood is illegally carried out without preliminary preparation and medical examination of the woman who will be carrying the child, then the situation can turn into a lot of problems. But if you use the services of professional medical centers that officially work with these reproductive technologies, you can avoid such troubles.

The surrogate motherhood center of Professor A. Feskov clinic performs a full range of services, including all medical procedures and legal support. We do everything in accordance with the law and moral standards, we take care of the interests of the child and genetic parents. Women who come into our base of surrogate mothers are prepared for this physically and morally. They take on the gestation, because they want to help childless families and understand that for them this is the only chance for the birth of their baby.

With us you will not have to face problems and pay attention to the formalities, because we have everything worked out and developed to the smallest detail. We completely take the process under our control and work “on a turn-key basis”, ensuring the birth of a healthy baby.