What to choose: to become mother or to keep figure? 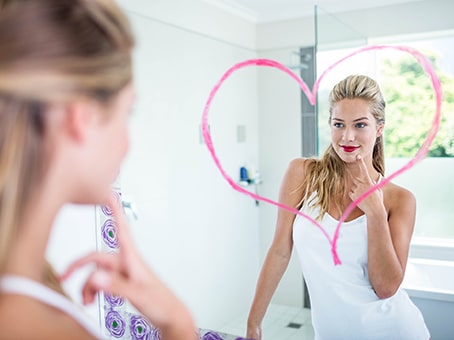 Pregnancy and childbirth affect the figure of a woman - this is an immutable truth. Very often, after childbirth, a woman fails to return to her previous forms, the figure becomes heavier, and she gets overweight. For actresses, dancers, models and women of a number of other professions, this is a serious problem that has found a solution in our time.

Why pregnancy and childbirth change figure

The weight gain during pregnancy is due to natural physiological processes. This is caused by formation and growth of the fetus, the appearance of amniotic fluid. Besides, there is observed an increase of the breast under the influence of hormones, there is accumulation of fatty tissue. The emerging fat layer is a kind of energy reserves that a woman will need during pregnancy and after giving birth while breast feeding.

After birth of a child, the weight of a woman decreases in the first days by 5-6 kg. Then it continues to decline, but slowly - it takes 6-12 months for the woman’s figure to return to normal condition. And even after this period expires, the figure often does not return to the previous parameters, but remains friable and excessively round, which is often very difficult to eliminate.

Donation of figure for the birth of child: whether a choice exists?

Pregnancy carries a kind of beauty in it, and the woman’s body during pregnancy remains attractive, and, not for nothing, many famous women are being shot in photo sessions during this period of their lives. And even if after birth the body changes and the figure seems to be not so slim and sharp, most women are ready for it for the sake of childbirth.

But there are a number of professions for which appearance is of great importance. It is important to be in shape every day and demonstrate the perfect figure. The models, actresses, celebrities, sportswomen are often bound by long-term contracts and simply cannot afford to “fall out” of life during pregnancy and childbirth.

What to do if a woman is morally ready for the appearance of a child in the family and really wants to become a mother? Still to postpone the birth of a child for later time? Or to donate work, career and figure?

In fact, there is another option that is becoming increasingly popular with every year.

Today there are more and more examples when women use the services of a surrogate mother to keep their figures and not to leave their work.

The well-known model Cindy Margolis who worked with such brands as Reebok and Vidal Sassoon used surrogate motherhood for achieving just such a purpose. She gave birth to her eldest son in 2002. But in 2005, the birth of her twin daughters Sabrina and Sierra was given by surrogate mother. During this period, Cindy was very popular in the profession and decided not to risk her figure for the sake of motherhood.

Another famous example is provided by actress Lucy Liu, who in 2015 gave birth to her son Rockwell Lloyd with the help of a surrogate mother. She said that at some point she felt that it was time to become a mother. However, she was immersed in work, and she had a very busy schedule. “I was constantly working and did not know when I would like to stop,” - said Lucy. “Therefore, I decided that this was the best way for me. And really, it turned out to be just the perfect option!”

Surrogate motherhood allows the woman or married couple to use their genetic material to conceive a child and use the services of the surrogate mother, so that she carries and gives birth to a child. If you resort to the services of a surrogate mother, then you will not have to choose between the birth of a baby and work. You will have a unique opportunity to combine two important parts of your life and get the maximum out of life.

Feskov Human Reproduction Group offers a full range of reproductive services. We will help you choose a surrogate mother and will take care of all medical, organizational and legal issues. And very soon a long-awaited child will appear in your life!