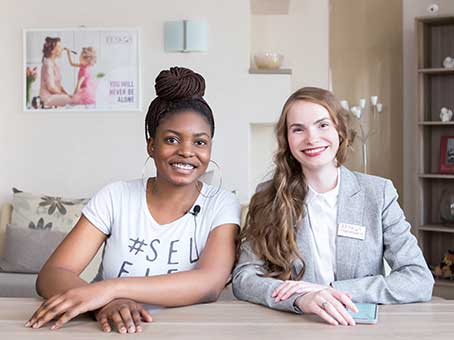 As the definition of egg donation suggests, the procedure involves a donor, whose biological material is used for the conception of a child. In order to make sure that the woman can be a donor of oocytes, she undergoes multiple medical examinations. If there is nothing hindering the one from transferring her biomaterial, the potential egg donor has a meeting with a psychologist to determine the psycho-emotional state and the moral of the female as well as the ethical and psychological aspects of the donation. The next stage is the formal one implying the donor leaving the necessary data and filling out the questionnaire for the recipient.

The female donation eggs definition suggests that donor sex cell is used for the fertilization, which means that the donor is to be prepared for the procedure. Egg donation occurs in several stages:

Being transferred from a donor, oocytes are immediately fertilized. A few days later, up to 3 embryos are injected into the cervix of the future mother with a thin catheter. The remaining biomaterial is frozen with liquid nitrogen for its potential future use.


When Egg Donation Is Carried out

The practice of egg donation is recommended in the following cases:

Although being a highly effective method of treating infertility, egg donation has some contradictions and is not recommended for couples facing the following conditions:

Donation of oocytes occurs only if the infertile couple is fully informed about this method of infertility treatment and if the donor is aware of the use of her eggs. For carrying out the procedure, the relevant documents are drawn up. The biomaterial transfer agreement is signed by the recipient and the donor of oocytes. Therefore, if you want to participate in a program of egg donation, make sure to study the legal aspect of the medical practice.

The procedure of egg donation may be the only solution for fertility-challenged couples to bear a biological child. There are good reasons why egg donation in Hindi means the happy event.