News in the World of ART 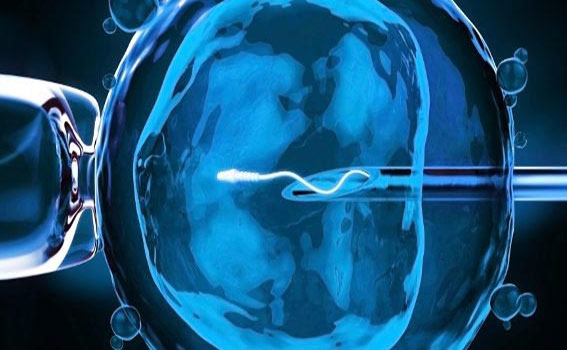 Reproductive medicine, embryology, genetics are sciences that walk alongside. Discoveries in one of them make breakthroughs in the other. Scientific progress is moving forward at such a speed that it is sometimes difficult for an ordinary person to imagine in which direction and how far the next leap will take place. Assisted reproductive technologies, “fertilization in vitro” in particular seemed to be something fantastic no more than 30 to 40 years ago, nowadays it is quite tangible therapy in the treatment of infertility. And new discoveries are definitely exciting even for the most persistent and experienced inhabitants.

Reproductive medicine, embryology, genetics are sciences that walk alongside. Discoveries in one of them make breakthroughs in the other. Scientific progress is moving forward at such a speed that it is sometimes difficult for an ordinary person to imagine in which direction and how far the next leap will take place. Assisted reproductive technologies, “fertilization in vitro” in particular seemed to be something fantastic no more than 30 to 40 years ago, nowadays it is quite tangible therapy in the treatment of infertility. And new discoveries are definitely exciting even for the most persistent and experienced inhabitants.

Perhaps the most provocative discovery in the world of reproductive technology in Ukraine was the birth of a child from three parents. Before that only two children were born this way in the world. But not only was the fact of such a procedure a sensation. To perform these manipulations Ukrainian scientists used the method of pronuclear transfer which is innovative in its way.

Until January 2017, when the Ukrainian child was born with a set of genes from three parents unfertilized oocytes were used for such purposes. First, the egg was reconstructed – mitochondria of the donor cell were transplanted, and then fertilization was carried out. Ukrainian scientists were the first to make the connection of the maternal and donor cells at the stage of actual fertilization. This scheme is designed for women with severe chromosomal abnormalities that are transmitted to a child from mitochondrial defects to have healthy genetic children. The future child receives only 37 genes of the donor egg and more than 25,000 of the parent ones. Mitochondrial substitution therapy although provoking a storm of indignation in the world is nevertheless the only confirmed method for solving the most complex genetic problems of a future child.

What’s New in the World

The issue of giving birth to children without hereditary diseases is widely discussed by scientists around the world. But how to affect the genome when conception has already occurred? It is impossible in the womb. Artificial insemination, the IVF method comes to the rescue again. PGD allowing to identify chromosomal abnormalities in the embryo is effective today. But this is actually a selection – healthy embryos are chosen.

In China, at the beginning of the year, CRISPR/Cas9 method was successfully tested for the first time on viable embryos which allows to “correct” the human genome in a certain way. Up to this point similar experiments have occurred only on adults. This experiment is only at the beginning of its journey to clinical practice but nevertheless it is possible to talk about its revolutionary future.

And such news as birth of a child after 16 years of cryopreservation of the embryo, childbirth with ART at the age of 65+, discovery of a gene for infertility is almost impossible to surprise someone. This is the reality of modern life. Post-mortal reproduction, grandmothers’ giving birth to grandchildren and other schemes to use ART are also not uncommon. With the growth in demand for artificial insemination and the possibilities of modern medicine nothing will be impossible in the near future.


What is Next to be Expected or Artificial Men

Solution of the mystery of conception by scientists, the processes of formation and growth of the embryo and other miracles of science shock many people. But do not forget that scientists are people who solve the global problems of mankind and first of all make their discoveries with a good purpose. Treatment of infertility is one of them. Where will science take a step further?

With each passing day the media are highlighting new breakthroughs in this area. One of them was an artificial womb. Yes, this is reality. Scientists have created a prototype of the female organ which provided functioning of the sheep embryo for a long time. This problem would not only save premature babies on very early terms but also could solve the ethical issues of surrogate motherhood.

The possibility of obtaining stable stem cells grown artificially which are totipotent i.e. they can grow both into the germinal and the extra-germinal ones became known practically together with the news on artificial uterus. Up to this time there have been successful attempts to form artificial sex cells from the conventional stem сells. Thus, the time when it is possible to grow an egg or a sperm from the skin is coming soon.

One cannot ignore the fact that scientists have grown the world’s first artificial embryo in 2017. For this, embryonic and trophoblastic stem cells were used in fact without gametes. Such experiments are conducted not on human tissues, of course. But they are able to give answers to many questions, why miscarriages occur, how problems arise at the stage of cell division in embryos and so on.

Definitely, the development of science at this pace causes a negative reaction of many people. Ethical, moral disputes arise. But nevertheless such discoveries to a greater extent are for the benefit of humans. A childless couple where a woman for example has exhausted her ovulatory reserve, her uterus was removed, and her husband is diagnosed with azoospermia can have biologically native and genetically healthy children without the services of a surrogate mother. Sounds unbelievable? Time will show!