When did surrogacy start? 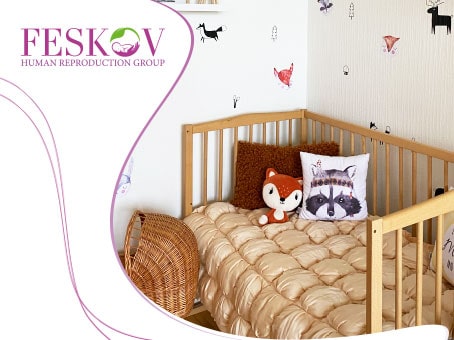 As a rule, when the topic of surrogacy comes up, people assume that this is a relatively new practice. This is partly true. As we know it, it has only occurred in the previous 40 years. However, the idea itself has been in the air for much longer. And it even originates from the time of biblical events.

To better understand the essence of the process, how surrogacy works, knowledge of history is critical. Feskov Human Reproductive Group has prepared facts and useful information about the beginning, formation and development of such a method of assisted reproductive technologies.

The history of surrogacy, how long has it existed

We can say that the idea itself has ancient roots, and its modern execution, taking into account moral and ethical norms, has been in the last 30-40 years:

Thus, such a concept has always existed. However, due to the public taboo on the topic of infertility, illegitimate children and the like, little was said about this until recently.

The era of traditional surrogacy

As the story of Abraham and Sarah testifies, this method of parenting has been practiced for thousands of years. But, due to the fact that modern ART were not used until 1980, all cases of substitutionary motherhood were traditional until that time.

In this case, the woman who carries the child for the intended parents is also his biological, that is, a real mother. She gives her egg for fertilization. And since conception took place naturally, the topic was hushed up and turned into a taboo. Intrauterine insemination with the sperm of an alleged father in 1884 paved the way for traditional surrogate pregnancies.

The famous Noel Keane was the intermediary in the conclusion of the first legal a traditional type of contract. The Infertility Center he founded has performed hundreds of pregnancies annually and participated in several key cases in the history of surrogacy in the United States.

But, until IVF, as we know it, became more common in the 1980s, all surrogacy cases were traditional. Which, due to legal or emotional difficulties, have not always been successful.

For example, Elizabeth Kane, despite the fact that she gave the child to the real parents, was not ready for the emotions that she experienced after the birth of the baby. She regretted her decision and even wrote a book about her experiences, “Birth Mother”.

6 years later, the most discussed incident in the development of surrogacy took place - the case of baby M. Stern's husband and wife offered Mary Beth Whitehead $ 10,000 to become their traditional surrogate. Her eggs were used for artificial insemination, which made the woman the biological mother of the future baby. When it came time to deprive her of her parental rights, after the birth of the baby, Whitehead rejected all previous agreements and took over custody of Melissa Stern. Thus began a two-year custody battle. Ultimately, the Supreme Court ruled that the surrogate contract was illegal and reinstated Whitehead's parental rights. Thus, father Bill Stern became the official guardian, and the surrogate mother was able to see the child.

This non-standard situation highlighted the legal and emotional problems associated with the traditional type of process, revealed the emerging risks. It prompted the creation of stricter surrogate laws, some of which are still valid today. Finally, it marked the transition to gestational surrogacy, which is considered by all parameters the preferred type of the process.

The first successful case of a gestational procedure took place in 1985 - a year before the scandalous case of Baby M. was completed, when the alleged mother's fallopian tubes were damaged due to a childhood illness. This set a precedent for a new norm - a gestational type of service, without the use of surrogate mother's eggs.

Getting rid of the biological connection between a surrogate and the gestated fetus reduced the likelihood that the woman will change her mind after the birth of the baby.

With the development of IVF technology, surrogacy has become more affordable for intended parents. Some jurisdictions even began to prohibit the traditional type of service to prevent complications, as in the case of baby M.

At the same time, lawmakers and lawyers began looking for ways for prospective parents to protect their parental rights through parental orders. And also provide them with legal protection using enforceable surrogate contracts.

Following the demand, special agencies and specialists in surrogacy, reproduction centers and reproductive clinics appeared on the market. They offer, in addition to medical services, intermediary services in the field of surrogacy as well in order to help prospective parents and potential surrogate mothers better understand financial, legal, emotional, and medical aspects every step of the way. And also make it more comfortable, simple and understandable.

Probably, more than one million children were already born as a result services of gestational surrogate mothers. Since the time when this type of surrogacy has become a common practice.

Obviously, the modern form of the process has gone far from what it was before the end of the 20th century. Thanks to the symbiosis of rapidly developing innovations in medicine and the types of ART that are more accessible to most people, the number of such babies will grow. It is reasonable to assume that his story is only at an early stage. And taking into account the emergence of new introductory notes in the process, many fresh pages will be added to it in the future.

At Feskov Human Reproductive Group couples from all over the world can become happy parents with guaranteed reproductive programs of conventional surrogacy, services of a surrogate mother and egg donor, IVF.