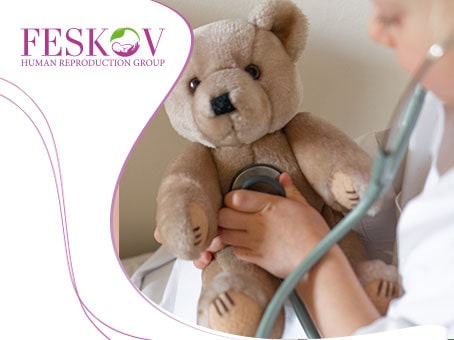 One of the most severe autoimmune diseases is lupus, which is also called a “multifaceted disease” because of its complex nature. According to the American Foundation for its study, about 16 thousand fresh cases of ailments are diagnosed in the country every year, and 1.5 million people live with lupus.

Public interest in the disease was caused by the announcement of the singer Selena Gomez that she, as a teenager, suffered from this ailment and was being treated for it. According to the employees of the Foundation, such a diagnosis is most often made for the fairer sex of 15-44 years old.

However, the disease is not contagious, it is not transmitted either sexually or in any other way to strangers. But there are cases when a woman with a diagnosis gives birth to a child who becomes ill with the so-called neonatal lupus. In the framework of reproductive programs for a fixed cost  at Feskov Human Reproductive Group, this is out of the question. Since the embryo undergoes mandatory screening for genetic pathologies. Therefore, parents can be confident in the absolute health of the future baby.

Lupus is always a chronic ailment in which the body's immune system, for unclear reasons, begins to fight with healthy cells. Therefore, all systems and organs are under attack: skin, joints, heart, kidneys, lungs, blood, etc.

There are the following types of lupus:

1. Systemic red, the most common type. The term “systemic” indicates that the disease affects the entire body with symptoms of varying severity. This is the most difficult and severe form of lupus, as it can affect any structure in the body. It can lead to inflammation of the epidermis, kidneys, heart, lungs, joints, etc. individually or in different combinations. It has a cyclical nature with periods of remission, when there are no manifestations, and activation of the disease, when symptoms appear.

2. Discoid or cutaneous lupus. Its peculiarity is that it affects only the epidermis. At the same time, a rash is found on the neck, face and under the hair. The skin becomes thick and scaly. Subsequently, tissue scarring is possible on it. The presence of a rash can be from several days to several years intermittently. According to the Foundation, this form does not affect internal organs. However, in 10% of people, it develops into a systemic type of disease. The etiology of progression is unclear to physicians. Perhaps the person already had a systemic form, which was expressed only by skin symptoms. This type has a subacute subspecies that occurs on skin that has been overexposed to sunlight. After it, scars are not formed.

3. Medication, arising from the oral administration of any drugs, as a reaction to them. These can be anticonvulsants or drugs for high blood pressure, as well as thyroid potions, antimicrobials, antifungals, and oral contraceptives. For example, hydralazine, prescribed for hypertension, procainamide - for arrhythmias, the antibiotic isoniazid – are effective in treating tuberculosis. According to some reports, about 80 different medications can trigger lupus. As a rule, the illness recedes when the patient stops taking the pills that provoked it.

4. Neonatal, which occurs in babies who were born from mothers with lupus. There are about 1% of them, most of the babies are in full health. At the same time, the mother may have not only lupus, but also Sjogren's syndrome - a parallel autoimmune condition, with or without manifestations. Sjogren's syndrome causes dryness of the mucous membranes in the eyes and mouth. In children, lupus manifests itself as rashes, liver abnormalities and poor blood tests. 10% will have an anemic condition. For the most part, everything fades away after 10-14 days. However, a small fraction of the crumbs experience severe heart damage that requires a pacemaker. This can be hazardous to health.

Despite the presence of different types of the disease, systemic lupus erythematosus is in the first place in terms of prevalence in the world. And women with such and similar hereditary pathologies need to be under the supervision of a geneticist for the entire pregnancy.

What causes lupus to progress?

Doctors do not know the reliable cause of the onset of the ailment, except that the problem is hidden in the immune system. The task of which is to provide protection to the body in the fight against viruses, bacteria and other pathogenic microorganisms. This becomes possible with the help of special proteins - antibodies. They are the ones that produce leukocytes and B-lymphocytes. In autoimmune diseases, such as lupus, the immune system does not distinguish antigens - harmful substances - from normal cells and tissues and sends its defenders not only to them, but also to ordinary cells. As a result, the tissue is damaged, there is swelling, pain, inflammation.

In patients with lupus, antinuclear antibodies appear in the blood, which react with the cell nucleus. Circulating in the bloodstream, they enter some cells that are more permeable to them than others, and attack the DNA in the nucleus. This is why defeat is selective.

But why does the defense system fail? According to experts, some genetic factors contribute to the development of ailments. Since there are genes that are responsible for the well-coordinated functioning of the immune system. Individuals with mutations in these genes develop the disease.

Also, there is a theory according to which the body does not utilize dead cells, which are regularly replaced during its existence, due to the existing genetic factors. Researchers claim that these unnecessary cells, which are a burden in the body, can generate substances that create chaos in the work of immunity.

Scientists highlight a number of points that can cause the disease:

Recently, researchers have become interested in the microflora in the gut, the specific composition of which may be a possible factor in triggering the disease. A microbiological study, published in the scientific world in 2018, shows that special transformations of the intestinal microflora are characteristic of both sick homo sapiens and sick rodents. Experts advise to continue scientific research in this direction.

Lupus cannot be contracted in any way. Neither blood nor sexual contact. Children under 15 years of age do not get sick if the mother does not have an appropriate diagnosis. If it is present, then the baby may have problems with the heart, skin and liver, inherent in lupus. Babies with a neonatal disorder are at an abnormally high risk of contracting another autoimmune disease as a teenager or adult.

Patients suffer from manifestations of lupus during the escalation of the disease. Acute intervals are replaced by remission, when there are no symptoms at all or they are not expressed.

The disease has a wide range of manifestations:

Since lupus is a systemic disease, it affects many organs and systems in a negative way:

Also, lupus and medical treatments deplete the immune system, which contributes to an increased risk of developing urinary tract infections, viruses, and influenza. Herpes and shingles are provoked, yeast and salmonella grow.

With lupus, bone death can occur when the blood supply is disrupted and microfractures. The hip joint is at risk.

Pregnancy complications are common for women with lupus. This is the risk of miscarriage, premature birth and preeclampsia (high blood pressure). Therefore, doctors advise to get pregnant in remission at least 6 months.

How lupus is defined: classification

Experts suggest using the usual 11-point classification protocol when making a diagnosis. If at least 4 indicators match, the doctor will decide that the patient may have lupus.

Here are 11 signs of lupus:

But even such a detailed system sometimes skips atypical, mild, early cases of the disease. Diagnosis can be difficult because lupus can occur with the nonspecific signs and symptoms that are common to many other conditions. Because it affects people in different ways.

On the other hand, some biomarkers can cause overdiagnosis, as healthy people sometimes have the same antibodies as diseased people. A combination of various diagnostic methods, including blood tests, laboratory and chemical tests, and comprehensive examinations, helps to make the correct diagnosis. A personal and family history collected by a physician allows for a more complete overall picture of the disease, taking into account heredity and other adverse factors.

Currently, unfortunately, no miracle pills for lupus have yet been invented. However, the pharmaceutical industry and medical technology are not standing still. Therefore, these patients, with the help of doctors, drugs and lifestyle transformations, can manage their exacerbations and remissions, reducing symptoms.

The main treatment aims to:

More accurate treatment is due to how lupus affects a person. Everyone can experience it in different ways, on their own individual level. If left untreated, periods of escalation will become longer and remissions will be shorter. And the conditions that arise during an exacerbation can cause consequences that are dangerous to human life.

In addition to medications, home and alternative methods of dealing with this severe and debilitating ailment can also be used effectively.

The following methods can help reduce pain and reduce the risk of flare-ups:

The last point is actually the key to the list of alternative methods for dealing with lupus. Stress, anxiety, fear and other negative emotional states have a detrimental effect on the entire body, reduce its resistance to bacteria, viruses and other infections. Thus, there is a failure not only of the immune system, but also of other systems in the human body. And meditation, yoga, Qigong and other similar health systems help to physically support not only the body, but also balance the emotions which will have a positive effect on health and increase the periods of remission.

What about the prospects for sufferers of lupus? Previously, such patients did not live longer than 5 years. However, modern medicines, medical technologies and new approaches to treatment enable a sick person to live longer and better.

Effective therapy can help manage lupus. So that the patient can lead a habitual, active and healthy lifestyle.

As genetics gradually reveals its secrets to scientists, doctors cherish the hope that someday, they will be able to diagnose the disease at the very beginning of its inception. This will prevent complications from developing.

Some companies are allowing people who are sick to join free clinical trials of fresh medicines to relieve their condition. And this also has a right to exist as an affordable remedy for people suffering from the disease.

Every parent strives to ensure that his child is healthy. And a genetic disease like lupus is not a death sentence now. For people with hereditary pathologies who are planning the birth of a baby, there is an ideal solution. To ensure that the chromosomal abnormality is not guaranteed to be passed on to the baby, you can use reproductive technologies such as IVF, donation and others that are offered by the team of Feskov Human Reproductive Group. Genetic screening of the embryo allows you to detect any chromosomal abnormality before implantation into the uterus of the expectant mother. Thus, only healthy embryos can be transferred. That guarantees the birth of an absolutely normal baby. Despite the hereditary ailments of his parents.