How UK surrogacy is regulated 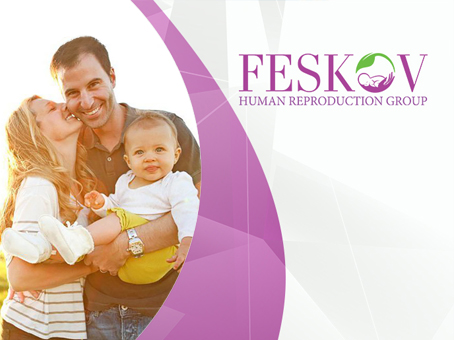 The Feskov Human Reproduction Group blog, which covers reproduction issues, has a large audience. Our readers have repeatedly expressed the desire to receive information on the topic - “Surrogacy in the UK”. For whom is the service available? Are there any legal restrictions?

The legal aspects of British surrogacy are an interesting and relevant issue. Since, regardless of nationality or place of residence, infertile couples have one common problem - to continue the genus, to have their own family. Sometimes people are no longer on the brink, but beyond despair, when they decide on surrogate motherhood. And the citizens of the UK are not the exception.

Researchers claim that in 2007 in Britain the court issued 50 Parental rights ordinances, in 2011 - 121 ordinances, in 2016 - 315, and in 2018 - already about 360 such official documents. There are no official statistical calculations about the number of surrogate children in England. However, according to indirect data for 2011, since the entry into force of the law, in the UK about 750 children were born from surrogate mothers. And over the past ten years, this figure continues to grow.

Main provisions of the Law

Although, in the UK there is a surrogate motherhood law, dating from 1985, future parents face many legal difficulties due to the lack of detailed legislation. So, the law legalizes only the altruistic type of service. This means that it is forbidden to pay a surrogate mother separately for work and is considered a crime. However, it is possible to recover the “reasonable expenses” incurred by it:

Usually the amount ranges from 10,000 € to 25,000 €. Reimbursement of the surrogate’s costs is controlled by the authorities, and the court may consider it overpriced. In this case, the parents will have to return part of the money, otherwise they will not be able to register the child as their own.

The legislative prohibition of criminal penalties also includes mediation of surrogate motherhood, its advertising, the search for a surrogate mother, and related propaganda activities.

One of the main provisions of the law is that a surrogate mother is considered the legitimate mother of a born baby, even if he is genetically not her. Accordingly, her husband or partner is considered the father of the child. A contract concluded with her has no legal force and is not subject to compulsory judicial execution.

How to become legal parents

To get all the rights to a child born by a surrogate mother, prospective parents have two ways:

But how can a person who is not in a relationship become a real parent of a child born in this way?

Until January 2019, in order to receive the Parental rights ordinance, the prospective parents had to be in a relationship (marriage, civil marriage, living as partners). A single person, had no legal opportunity to become a full –fledged parent. And from January 3, 2019, thanks to the approval of the relevant correction by the British Parliament, a single person can apply for a Parental rights ordinance if he is genetically related to a child.

If, however, a single person doesn't have a biological connection with a surrogate baby, he has access to the adoption path, which we considered above.

Infertile families in the UK who want to participate in a surrogate motherhood program have to wait years for this opportunity. This is the case due to restrictions in British surrogacy legislation, when the commercial type of service and any related activities of individuals are prohibited.

There are very few women who are willing to become surrogate mother for free in the country. Moreover, in addition to the desire to help, she should have:

Therefore, after comprehensive examination, only half of those who wish are selected for this role.

There are several non-profit surrogacy agencies in the UK. But prospective parents and surrogate mothers find each other through friends, through the word of mouth. Due to a lack of offers, a relative or friend of future parents agrees to make and give birth, but this is very rare.

Gaps in legislation lead to the fact that prospective parents do not receive any legal protection during the process. All arrangements have no legal force. It doesn’t matter exactly what and how competently executed an agreement they concluded with a surrogate mother; no one guarantees its 100% fulfillment. And when going to court, it, in most cases, will be on the side of the woman who gave birth and will place the responsibility for the baby on her family. Therefore, parents can be left without money, and without a child.

Therefore, childless couples from England often go to other countries where surrogate motherhood is detailed, all the rights and obligations of participants are clearly regulated, and the law protects the interests of parents (Ukraine, Georgia, Kenya, USA). Experts found that according to a survey of British families who have a surrogate child, out of 132 couples - 92 went abroad for the service.

Feskov Human Reproduction Group (Kharkov, Ukraine) has been conducting reproductive activities for more than a dozen years. Due to the variety of all-inclusive package programs, guarantee obligations, loyal fixed prices, high professionalism of the staff, thousands of couples from all over the world have already become happy parents! Detailed information about surrogacy clinic programs can be obtained on our website from online chat managers.