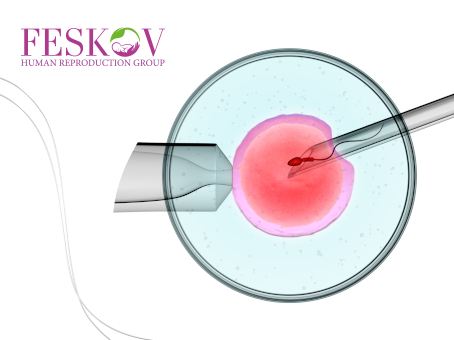 Due to the fact that in the modern world the problems of infertility come to the fore, the methods of reproductive medicine are constantly being improved showing the world even more effective innovations, sharpened to solve a variety of problems related to the process of conception and pregnancy.

If IVF is used when conception does not occur due to the fault of the female body, then ICSI - if the question is the poor quality of the partner's sperm. Feskov Human Reproductive Group uses all advanced reproductive techniques, including surrogacy. They also provide a unique service of cryopreservation and transportation of embryos.

ICSI - what is this procedure and how does it differ from IVF?

For the treatment of infertility through IVF, the egg is combined with the sperm in the laboratory in vitro, that is, artificially. The artificial insemination procedure almost completely removes the impact of negative moments that interfere with the natural process of conception. As a result of the fusion of sex cells, an embryo is formed, which is implanted into the woman's uterus. If it is successfully attached to the uterine wall, pregnancy occurs.

ICSI or intracytoplasmic injection is also used to treat infertility problems. It is used when the quality of the genetic material of the future father is unsatisfactory. The essence of the process is that the embryologist selects the most healthy, active and viable spermatozoa by selection method and, through microinjection, places them directly inside the egg.

Thus, ICSI plays the role of an auxiliary procedure, which significantly increases the effectiveness of IVF. Therefore, it makes no sense to compare them. At the same time, the fundamental difference in IVF ICSI technology is that the best sperm is taken for the process of conception. Whereas, during a typical IVF protocol, many male germ cells are used and conception occurs from a random candidate, or it does not occur, depending on the morphological and physical parameters of the germ cells.

According to statistics, the final results of IVF ICSI are better than with classical in vitro fertilization.

Experts recommend combining these techniques in the following cases:

Before starting the procedure, the doctor gives a referral for a genetic examination, since pathologies of the male reproductive system can be hereditary. And after the embryo is cultivated, it must be checked for possible chromosomal abnormalities by the method of preimplantation genetic diagnosis.

Always, only the doctor after the examination decides on the use intracytoplasmic injection during the IVF cycle.

What is so remarkable about the technology?

For manipulations in the field of reproductive medicine and embryology, special qualifications, skills and experience of a specialist, as well as special high-tech equipment and tools are required

The procedure for the introduction of a sperm into an egg takes place under a microscopic magnification. An embryologist who, one might say, plays the role of the Creator, carrying out conception in vitro, must be very careful. After all, the success of the intracytoplasmic injection depends on this. To perform manipulations with oocytes and sperm, the physician takes special glass miniature instruments - a microneedle and micro suction cup, which make it possible to penetrate into the middle of the cell without damaging its structure. These glass instruments are attached to manipulators, and the control point for them is in the hands of the embryologist. The semen cleared from the ejaculate is examined by the doctor. After that, the best, viable, morphologically ideal sperm is selected.

Like any other complex manipulation, the procedure of in vitro fertilization by means of microinjection has its own stages:

And directly, the technique intracytoplasmic implantation occurs in the following sequence:

Conception in vitro using ICSI is maximally controlled by specialists. Thanks to the scrupulous selection of germ cells of both partners and targeted fertilization, IVF ICSI demonstrates a high level of efficiency even in patients with severe male infertility.

What is the cost of the ICSI procedure?

The IVF ICSI method is, sometimes, the only way to give birth to a desired child for many married couples. People who show an interest in conception in vitro with the use of microinjection, must understand that the sophisticated innovative technologies used to combat infertility cannot be cheap.

In addition to special manipulations that are carried out by qualified employees with special skills and abilities, high-tech equipment, as well as the medical support, in the form of drugs, procedures and examinations, which is required to prepare the body for the procedure, are expensive. However, the final cost of manipulation is determined by the number of actions that the doctor prescribes, based on diagnostic measures and examinations.

At Feskov Human Reproductive Group, the method is included by default in all reproductive packages, which come at a fixed cost with a guarantee of birth of a healthy baby. Also, patients of the Center have access to storage and transportation of frozen eggs. This often facilitates the IVF protocol.

The world practice of using the IVF + ICSI technology demonstrates that successful conception occurs in 20-60% of cases. Sometimes these figures go up to 80%! After microinjection, the number of fertilized oocytes is 70%. And the probability of a negative result is less than 5%. Moreover, the resulting embryos are healthy and develop normally in 90-95% of cases.

It is clear that the success of the technique is directly related to the individual health characteristics and lifestyle of a man and a woman in a couple. So, excess weight, smoking, alcohol, chronic stress have a negative effect on the germ cells of the future mother and father.

Also, the following is important:

The most important thing in this matter is the quality of the eggs and the state of the woman's reproductive health. The retrieved oocytes must be fully mature and viable, and the endometrium must be prepared for embryo implantation.

Plus, the conditions in the embryology laboratory must match the state of the environment during natural conception. So, the egg moves into the uterus at a temperature of 37 degrees C. Therefore, when artificially carrying out the action, it is very important to ensure the appropriate temperature regime.

Approximately 20 years ago, the only way to have a child for patients suffering from severe male infertility was only donor sperm. Today, thanks to such advanced technologies as ICSI, thousands of spouses around the world have become parents of a genetically own baby!