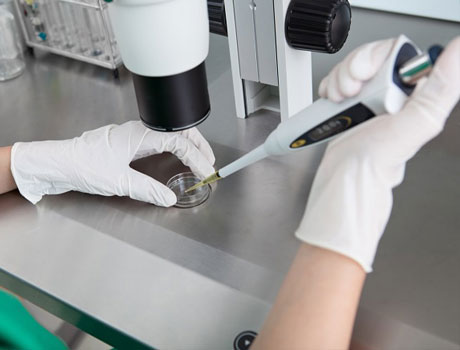 Artificial insemination is one of the technological tools for facilitating conception among couples who cannot conceive naturally. Under this category, we have two main methods namely, In-vitro fertilization (IVF) and Intracytoplasmic sperm injection (ICSI). The former has been around for longer while the latter was incepted in 1992.

Artificial insemination is one of the technological tools for facilitating conception among couples who cannot conceive naturally. Under this category, we have two main methods namely, In-vitro fertilization (IVF) and Intracytoplasmic sperm injection (ICSI). The former has been around for longer while the latter was incepted in 1992. The IVF option involves a standard insemination process while ICSI entails the injection of vibrant spermatozoa into a mature and fertile egg. But how do these two methods, which facilitate the same process, differ? Which of these two is a better option and under which circumstances is it ideal? The following sections of the post will answer these questions as we settle the ivf vs icsi debate.

How The Methods Differ

Initially, we saw that these two techniques achieve the same result, as they assist with child conception efficiently. In current section, we show how they differ even though they are essentially the same. The reason is that ICSI is a later advanced variation of its predecessor — the IVF method. To an average user without corresponding medical education, the two methods seem similar because all the processes that are included into these techniques are essentially the same. For instance, the scans, ovulation medications, egg harvesting, and fetus transfer are similar.

But how does the difference come in? The techniques only differ based on what goes on in the lab. In the IVF process, the sperm fertilize the eggs in a Petri dish, and then the eggs that seem healthy and viable are implanted into the woman’s uterus. However, ICSI, the second method, requires greater support to reach the egg using micromanipulators, because in this method, the egg that is going to be fertilized is inseminated right inside the woman’s body.

When is ICSI Used?

Another key area we need to uncover in the icsi vs ivf debate is usage. In the section, we examine the most suitable conditions under which ICSI takes place. Considering that ICSI technique has been developed later and thus is believed to be more efficient, it is recommended to try this one after IVF has been tried out. The technique is used when:

Lastly, what are the success rates and limitations of these two methods? Here, we end this ivf against icsi debate by showing you how much success they deliver. Even though their success rate is nearly the same, some recent studies have indicated that ICSI offers users higher conception chances. However, it has a few shortcomings, namely:

With this short and insightful coverage, we hope that the ivf with icsi debate has answered your questions. We believe these insights will help you make the right decision.