The biggest Surrogacy News from 2020 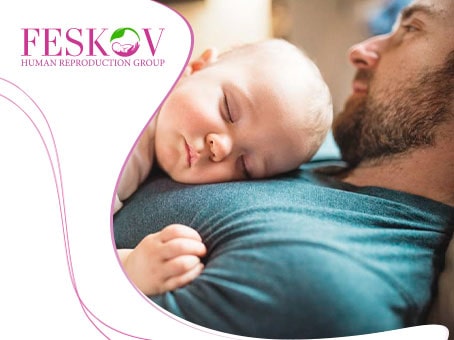 Surrogacy is an ever-changing field. But, due to the COVID-19 pandemic this year, all areas of our life have suffered, including this one. However, despite all the difficulties, Feskov Human Reproductive Group, observing all safety requirements, continues to provide reproductive services for people in need of help. Let us consider the top news of 2020.

IVF procedures are temporarily suspended due to the pandemic

In the spring of this year, infertility treatment and IVF procedures were temporarily suspended due to an exacerbation of the Corona virus outbreak. This was devastating news for intended parents and surrogate mothers who were about to take the next step on their journey.

But already in the fall, reproductive clinics and reproductive centers reopened, with additional measures to protect the health and safety of patients. Intended parents and gestational carriers were able to resume the process and move on.

Uncertainty and separation of members of surrogate families

One of the toughest times of the year is when prospective parents and surrogate mothers were unable to travel. With countries around the world imposing quarantines and travel bans within the country, surrogates and parents in the international process were separated.

Domestic surrogacy participants have not suffered as much, but parents and surrogates in international programs are still grappling with COVID-related travel bans.

In many ways, 2020 marked the end of the international surrogate act. Although this type of process has always been more risky than domestic procedure, the tragic separation of parents and surrogates from different countries has forced the world to rethink the general rules of this path to fatherhood.

In these difficult times gestational carriers have proven once again that they are fearlessly compassionate and generous. Upset parents from other countries were unable to be present when their child was born. But many of the mothers boldly took on the task of caring for the intended parents' child until they were reunited. They have adapted to the challenges they face and have done above what was originally required of them.

As a result, parents from around the world have since been able to reunite with their babies with peace of mind, knowing that the child has received the care it needs in their absence.

In addition to the global pandemic, 2020 was marked by many events in the field:

However, in fact, this practice, on the contrary, is designed to save families that would fall apart due to the absence of children.

During this year, the Feskov Human Reproductive Group specialists continued to create happy families. They overcame the uncertainty of 2020 and skillfully guided prospective parents and gestational carriers through the hardships of the pandemic.

As the world moves towards 2021, Ukrainian surrogate legislation will remain a safe and supportive place for any family to grow.

Despite all the problems and uncertainties of the past year, Feskov Human Reproductive Group will continue to expand families through the gift of surrogacy in 2021.