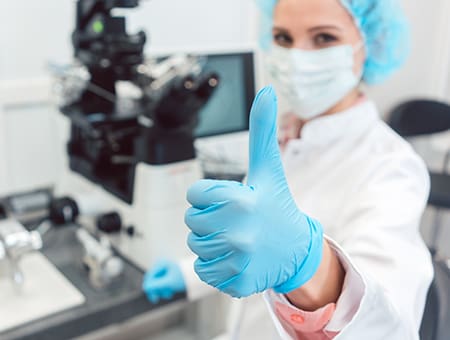 Ukraine is one of the most attractive countries for those who want to use the services of surrogate motherhood and other reproductive technologies for childbirth. This is real!

This can be explained primarily by the fact that the country has a very good old medical school. As early as the 18th and 19th centuries, a number of educational institutions with a medical specialization were formed on the territory of the country and trained qualified doctors. During the times of the USSR, when Ukraine was its part, medicine was one of the priority directions, thanks to which many prominent doctors who gained worldwide fame appeared in the country at that time.

After the collapse of the USSR, there was an outflow of personnel from the country, but there was no catastrophic deterioration in the quality of medicine. There were private clinics that began to offer the latest medical services at a very high level.

Today, Ukraine in a number of medical areas is on the "front line of science and medicine." The country uses advanced medical technologies, offers the most "advanced" medical services and develops new treatment methods. Among the most successful areas of medicine, reproductology is especially worth noting.

The history of Ukrainian reproductology goes back to the Soviet past. In 1983, the first human reproduction laboratory appeared in Ukraine. In 1990, the first successful IVF in Ukraine was carried out in Kharkov, thanks to which, on March 19, 1991, the first test-tube baby was born.

Another unique event of that time was the use of the first surrogate mother in the CIS. The 48-year-old woman became the surrogate mother for the child of her daughter, who could not bear it herself.

In 1985, the Institute for Problems of Cryobiology and Medicine, located in Kharkov, launched research on the cryoconservation of genetic material (sperm, eggs and human embryos), and already in 2003, a child from the embryo, which was previously cryopreserved, was born in Ukraine.

Among the scientists who participated in the implementation of the first IVF program in Ukraine was Alexander Mikhailovich Feskov. Later he opened his office, where he dealt with the problems of reproduction. And then he founded a family business, which eventually turned into a big, prosperous business.

Today Aleksander Feskov is a Doctor of Medical Science, a member of the European Society of Human Reproduction (ESHRE), a board member of the Ukrainian Association of Reproductive Medicine. He leads a large company Feskov human reproduction group, which offers comprehensive services in reproductive medicine and actively develops the direction of surrogate motherhood.

Today, the Feskov human reproduction group is one of the best reproductive clinics in Ukraine, where customers from all over the world come for their dreams - the birth of a child.

Surrogate motherhood in Ukraine is open to foreigners

Currently, medical tourism is actively developing in Ukraine. Private Ukrainian medicine is open to foreigners and is in high demand in the field of reproduction. This is easily explained by the fact that in Ukraine there are the most favorable conditions for the use of advanced reproductive methods, such as surrogate motherhood.

Private clinics of Ukraine use the newest reproductive methods and show results at the level of the best US clinics - a country that is considered a leader in this field. At the same time, prices for services in Ukraine are much more affordable.

The country has loyal legislation concerning surrogacy. Moreover, the laws detail the rights and obligations of the surrogate mother and parents of the child, which excludes the possibility of disputes regarding parental rights.

Reproductive technologies require the use of high-tech equipment and the use of specific drugs. The clinic Feskov human reproduction group uses the highest quality safe drugs and the latest equipment. All that is used for reproductive programs is certified and complies with state standards.

The country has a large selection of surrogate mothers, and the clinics that offer surrogate motherhood services, very strictly select women for this role. In the Feskov human reproduction group, all women who are included in the surrogate mothers' base are tested for physical and mental health, are checked for bad habits.

In order to choose a surrogate mother in Ukraine for their future child, foreigners do not need additional insurance. There are no queues and any obstacles that may stand in the way of your desire to become parents.

In the Feskov human reproduction group, the mechanism for using reproductive programs with the help of surrogate motherhood is adjusted and works like a clock. Everything is organized as quickly and conveniently. There are different programs that will help you choose the best option for your situation.

If you have a firm intention to become parents, and for this you need a surrogate mother - do not delay - call the clinic! Here you will find comprehensive answers to all your questions, get the necessary help and you can finally become happy parents!

Authors, contributors:
Vladyslav Feskov
Chief of the Surrogate motherhood Center of professor Feskov
published: 06 May 2019
updated   : 20 May 2020
share page with: