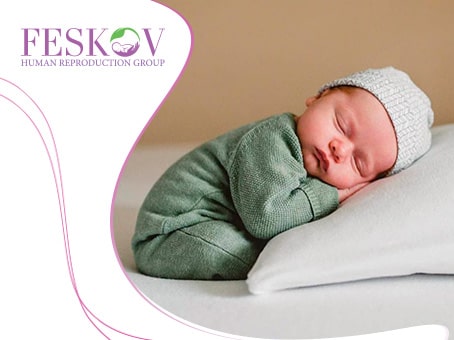 Since surrogacy became legal as a method of ART (Assisted Reproductive Technologies) treatment in 2002, Ukraine has become a mecca for foreign couples with reproductive problems who are desperate to find a surrogate mother. Demand rose sharply after India, Nepal and Thailand banned commercial services.

Although official statistics are not published, according to some data, 2000-2500 surrogate contracts are registered annually in Ukraine. And this trend is growing.

What makes surrogacy in the country such an attractive solution for childless foreigners is its comparative affordability (prices fluctuate in the range of 30,000 - 50,000 euros, compared to 80,000 - 120,000 dollars in the United States) combined with high quality services and loyal legislation.

Legal issues of surrogacy in Ukraine

Today, Ukraine is one of the few countries in the list where altruistic and commercial surrogacy of a gestational type is fully legal when a surrogate mother has no biological connection with the child being gestated. The traditional type of service, when a surrogate donates her gamete for conception, is practically not used anywhere in the world due to moral and ethical issues. The service is legal both for its own citizens and for foreigners. All points are regulated in detail at the legislative level.

Only heterosexual couples who are legally married can be considered Intended Parents when they provide medical reports about the reproductive problem of the alleged mother. When there is a diagnosis that prevents her from getting pregnant or carrying a pregnancy in a safe environment for both her and the baby.

This means that homosexual couples, unmarried people and single people do not have the right to become parents through surrogacy in Ukraine. However, experts at Feskov Human Reproductive Group have developed legal packages of programs for single men and women looking to have a baby.

As for the surrogate mother, she has to:

Her marital status and other factors do not matter as much as those listed above.

Features of the surrogacy process in Ukraine

A circle of persons participates in the organization of surrogacy, each of whom plays a role throughout this long process, which lasts more than a year. The main persons are, of course, the intended parents and the surrogate mother, who is referred to in contracts as a pregnant woman. On the way to happy parenting, they are helped by professionals from various related areas:

Ideally, intended parents who have embarked on a surrogate journey should start by finding an agency and a lawyer. The task of the agency is to provide services, including the procedure for selecting a surrogate and a clinic, and general consulting. The institution acts as an intermediary between the parties in the event of any conflicts, failures and other force majeure.

The reproductive clinic is responsible for the medical part of the process, including all the necessary medical examinations, tests, prescriptions, artificial insemination, monitoring of pregnancy and childbirth.

Choosing a lawyer is very important for intended parents to safely go through the surrogacy process in accordance with the laws in the country. In particular, the responsibility of the attorney is:

It is common in Ukraine that the first and only contact of prospective parents from abroad is the chosen reproductive clinic which undertakes all the organizational, medical, legal work at a fixed package price. The advantage of such a proposal is not only in the convenience and financial benefit for the intended parents, when all the elements of the procedure are present in one place and at the same cost, which does not change. The clinic gives people guarantees for the performance of some of its services, depending on the program being implemented. For example, Feskov Human Reproductive Group guarantees as many IVF attempts without additional payments (in comparison with other clinics where you have to pay for each attempt), as needed before a successful pregnancy. It also guarantees the birth of a healthy baby (depending on the package).

The clinic organizes the selection of surrogates, donors and a meeting with the intended parents. To provide parents with the most suitable candidates, it may contact other clinics or agencies from different countries it has partnerships with. The legal part of the program is also organized by the experienced lawyers of the Reproduction Center, who not only represent the interests of the medical institution, but also the intended parents. It should be noted that Ukrainian legislation does not provide for any special requirements for the content of surrogate contracts, therefore the parties have the right to form it in accordance with their interests and the negotiation process. Therefore, if parents wish to work with their attorney, lawyers at Feskov Human Reproductive Group fully meet and solve all the necessary issues.

What about legal paternity?

It is true that according to Ukrainian law, a surrogate mother who voluntarily agreed to participate in the program does not have any rights to the child she carried and gave birth to. Moreover, the Birth Certificate is issued upon request of the intended parents, where only their names are displayed, without any reference to the surrogate or the way the baby was born.

However, it can be difficult if the intended parents are from countries where surrogacy is strictly prohibited (most EU countries).

For example, according to German law, a child born as a result of surrogacy is considered to be the surrogate's and the alleged father's own child. German law treats the case as if the alleged father cheated on his wife with a surrogate mother. Any written statements by the parties will not be considered. Moreover, even a Ukrainian birth certificate will be invalidated. In such cases, a real mother is forced to go through the difficult process of adopting her own child.

That is why, for the comfort of such patients, Feskov Human Reproductive Group has developed international surrogacy programs, according to which a surrogate mother goes to give birth to any country in the world.

Another problem that may arise due to different regulation of the procedure is the nationality of the newborn. Previously, Ukrainian law required that a child obtain the citizenship of a foreign parent at the relevant embassy or consulate.

However, after numerous cases when the country of the intended parents (France, Spain) refused to grant the baby its citizenship, Ukraine began to make such children its citizens with the issuance of the necessary travel documents to cross the border with his parents. This was introduced so that the child would not be kept dangling without citizenship, and the parents would not be stuck with him in Ukraine for an indefinite time, unable to take away the baby without valid travel documents.

A similar thing happened in 2011, when the French couple Le Roche, not knowing what to do, in desperation tried to transport their twins across the border in the back seat of a car. They were caught and tried in Ukraine for attempted human trafficking. Therefore, you need to carefully study this issue before surrogate travel as well as carefully select a lawyer or clinic that will make all the necessary documents.

Besides, clinics and agencies are needed in order to protect intended parents from all risks, including an unscrupulous surrogate mother. Even when concluding an independent contract with a surrogate, all the rights and obligations of Ukrainian legislation apply to her. So the woman has no right to the child. If she does not want to give him away, it will be equated to a criminal offense under the article of human trafficking.

A surrogate mother and her partner do not have legal instruments to keep the baby for themselves. However, she can challenge the contract in court, demand the establishment of family ties with the child, challenge the entry in the register. Ultimately, she will fail, as Ukrainian law is completely on the side of the alleged parents. But legal battles can last for months. Not to mention really unpleasant situations when a surrogate blackmails parents with the threat of termination of pregnancy, extorting money or additional benefits.

To reduce potential risks, Feskov Human Reproductive Group strongly recommends prospective parents get quality advice from an experienced lawyer in this matter long before the start of the program. You can use your personal attorney, or you can contact the lawyers of the Reproduction Center directly. Extensive experience and high professionalism of the staff will help you find a way out of any legal conflict and go with a complete and happy family to your homeland with all the necessary documents.