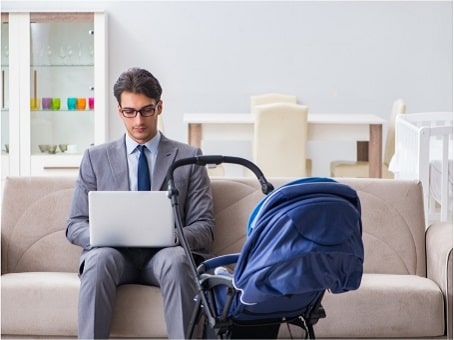 There is an unspoken opinion in the society: “they become single fathers out of bare necessities of life: the mother of the child died /went missing/ is serving a sentence in a penitentiary institution”. In short, a single father is an involuntary father. But life is much more multifaceted and there is a place in it for men, who consciously chose such a role. In this article, we will think about the reasons, ways and rules of this phenomenon.

The deliberate reasons for man’s being a single father include:

The “single” fatherhood is increasingly spreading among well-off men and celebrities. In this case, several issues are resolved at once: the child appears at the scheduled time, there is no need to adapt to the woman’s desire / opportunity / convenient time, no one will separate the father from the child, the property and finances are untouchable (since the possibility of divorce is excluded). The absence of the need to build relations with a woman selected for the role of the mother is no less attractive than financial motives. Many men are afraid to face in the future the “blackmail by a child” or worse - false accusations of sexual harassment addressed to him. Whatever the motives, future fathers seriously consider surrogate motherhood as the optimal path to the parental role.

Feskov Human Reproduction Group meets the wishes of people to be parents, without burdening themselves with marriage obligations. To do this, we have developed the service "IVF for the lonely." The program is implemented as follows:

Our fertility specialists can guarantee the birth of a healthy baby thanks to PGD and other methods of studying the embryo genotype.

If you want to learn more about our programs - ask questions to a consultant on the site. We will be happy to tell you more.

If the medical part is entirely our concern, then the psychological aspects of the interaction of the father and the child are the responsibility of the man. Let us help you in mastering your paternal role with a small message in the form of “commandments” of a single father.

Do not make a taboo from the theme of mother

The child will definitely ask: “Dad, where is our mother?” Find the courage to be honest. At any age, you can pick up words that explain the reason for your decision. Do not give false hopes (“mom left / lives in another city / very busy”). The ability to understand and adapt themselves is often better developed in children than in adults.

Do not impose your own attitudes towards women

Even if the main motive for giving birth to a child was to protect himself from possible dishonesty or unscrupulousness of a woman, do not present this as an immutable truth. The child has the right to know about the two sides of the coin. Sooner or later, he will see a model of a happy marriage. And then he will have reasonable doubts and questions to you.

Thoughts and feelings are equally respected

For a harmonious and healthy development, a child needs a person with whom he/ she can share everything without embarrassment. The attention to feelings and emotions is traditionally prescribed assigned to the maternal role. In your family, father should take on this function. Ask not only about thoughts, but also about feelings, not demanding from the child a stoic silent experience of difficulties..

A single father has to combine many roles. But if each is built on love and respect, everything will work out.