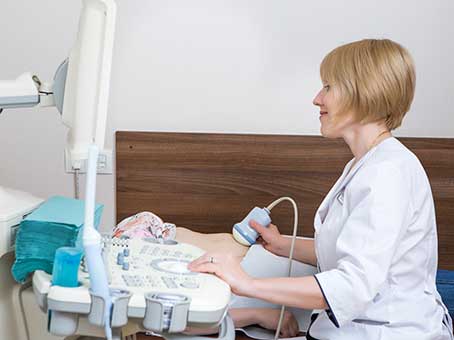 Our work is difficult, but everything is compensated when you see how happy people are that we help. For the couple from Germany, using a surrogate motherhood program was the only chance to give birth to a child. And thanks to us they did it. We use every chance to give people happiness, become parents, take on the most difficult and unusual cases and achieve success. And every time, when thanks to my efforts, a new life is born, I feel satisfaction and pride.

“For many years, we can not get a child. IVF does not work. All transfers of embryos to the uterus end up with nothing. We are almost in despair. The last option remains - surrogate motherhood. But is it worth to decide on it?” By type of activity, I often hear such things. Fears and prejudices often prevent a married couple from deciding on surrogate motherhood, although in such cases it is this reproductive method that can become the only solution to the problem. As an answer to such questions, I want to tell a real story in which the same problem was successfully solved with the help of surrogate motherhood, and a long-awaited child appeared in the family.

First a few words about yourself. I am a reproductive health doctor with 18 years of experience, with Ph.D. At first I worked in a public hospital, dealt with fertility problems. But then I moved to the surrogate motherhood clinic of Professor Feskov, because here you can constantly grow and improve. Then I managed to get training from the world experts of the USA and Japan. I am a member of the ERSHE association, and in 2015 I became a member of ASRM - it is the most progressive organization in the field of achievements in reproductive technologies. I like that working in the clinic allows you to combine practice with scientific work, but most importantly, it gives more opportunities to help couples who dream of a baby.


So 2 years ago a couple from Germany addressed our clinic. They had a multiple problem: German doctors diagnosed secondary infertility of the woman, and her husband had reproductive problems. At the same time, the couple was not young, both were over 40. They very much wanted a child and they asked for help in several clinics in Kiev and Moscow. Initially, they were accepted well everywhere, but time passed, and the problem was not solved. And in the end it turned out that they can not help. The couple was in despair and almost resigned to their childlessness when someone advised them our clinic as the last opportunity.

First of all, we conducted a thorough examination. The woman never gave birth to children, but at the age of 20, she had an abortion. For us, this meant that her eggs were capable of fertilization with a sperm cell. It turned out that the woman had lowered laying of antral follicles in the ovaries. In other clinics they were told that it was necessary to use only a donor egg. But the woman still wanted to use her oocytes. We have our own methods to get a good result even for the ovaries in such cases (to some extent we are unique among other surrogate motherhood clinics). To get her eggs, we thought of an individual plan to stimulate ovulation, and in the end we managed it!

The man had a contradictory spermogram: normal forms of sperm were only 8%. But we performed the FISHtest, which reflects chromosome stability in the process of maturation of spermatozoa and found that some of the spermatozoa fully meet all the requirements.

As a result, we managed to use the wife's own eggs and the husband's spermatozoa to get 7 zygotes, which were placed in a special system, where they were constantly watched by a special computer. On the third day, only 2 embryos of high quality remained. On the fifth day we made a trophoectoderm biopsy, which requires a very accurate handwork of an embryologist, and which we can do very well. The results of a genetic study of the material showed that only one blastocyst was healthy - a boy with a normal set of chromosomes. This meant that it was time to move on to the next stage.

By that time the clinic had already concluded an agreement with this couple. Approximate terms were agreed and a surrogate mother was selected.

The transfer of the embryo to the uterus went well, and the pregnancy happened. During the course of the pregnancy we controlled the development of the fetus. Perinatal diagnosis was performed, several screenings were done, and ultrasound was periodically performed. The surrogate mother was under our constant control.

And the result was successful: the birth went well. For the couple from Germany, it was a long-awaited event on the verge of a miracle. It was nice to see their happy faces when they saw the baby. The documents were issued quickly - this is the responsibility of the special department. They are also masters of their business, so all legal issues on legalization were quickly resolved, despite the fact that the couple was from Germany, where there are difficulties with registration. And only a few days after the birth, the family, now consisting of three people, left for Germany. After a couple of months, I talked with the coordinator of this couple, she said that the family was fine, and I was very pleased to hear it.

Our work is difficult, but everything is compensated when you see how happy people are that we help. For the couple from Germany, using a surrogate motherhood program was the only chance to give birth to a child. And thanks to us they did it. We use every chance to give people happiness, become parents, take on the most difficult and unusual cases and achieve success. And every time, when thanks to my efforts, a new life is born, I feel satisfaction and pride.